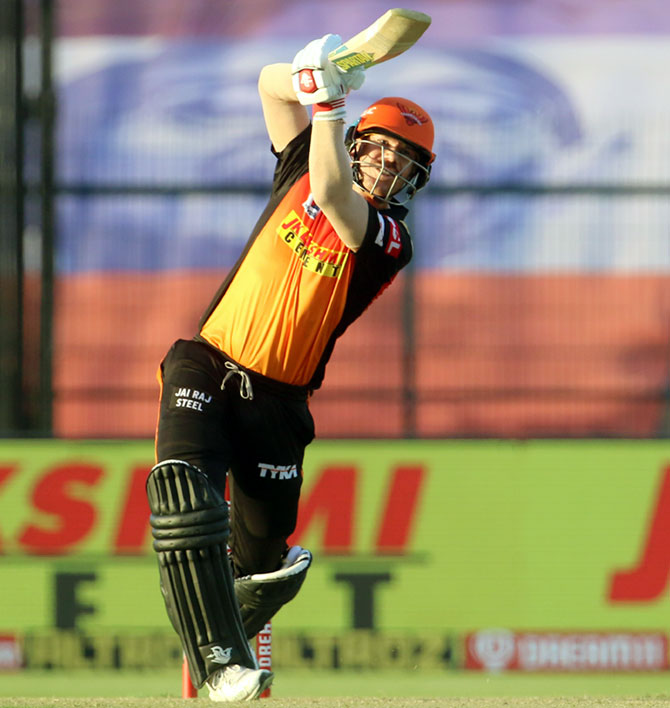 Sunrisers 117-5 (16 ovs) vs KKR 163-5
Kuldeep starts his third over with a wide to Warner before he hits the next to long-on for a single, where Russell comes charging and seems to have injured his hamstring and has to go off the field.
Shankar does well to clip Kuldeep behind square on the leg side and rushes back for the second and then takes a single.

Warner takes the risk as he plays the reverse sweep which he fails to connect properly but manages to get it over Chakravarthy at short thirdman, followed by singles off the last two balls.

The match is set for a thrilling finish as Sunrisers reach 109-4 in 15 overs, with 55 needed from five overs for victory.

Cummins to continue with the ball.

Shankar fails to get a run off the first ball before he tries to hoick the next over the leg side but ends up slicing it on the off-side and is caught by Gill for seven.

A poor shot under the circumstances from Shankar when he should have been looking to rotate the strike and give Warner support.

Abdul Samad pulls the next ball on the leg side for two runs as he fails to get hold of it. However, two balls later Samad smashes another short ball in thumping fashion over midwicket for a six.

Sunrisers are 117-5 in 16 overs, needing 47 from four overs for victory. Their hopes rest largely on captain Warner, who is batting on 19 from 21 balls, while Samad is also quite capable with the bat.
« Back to LIVE