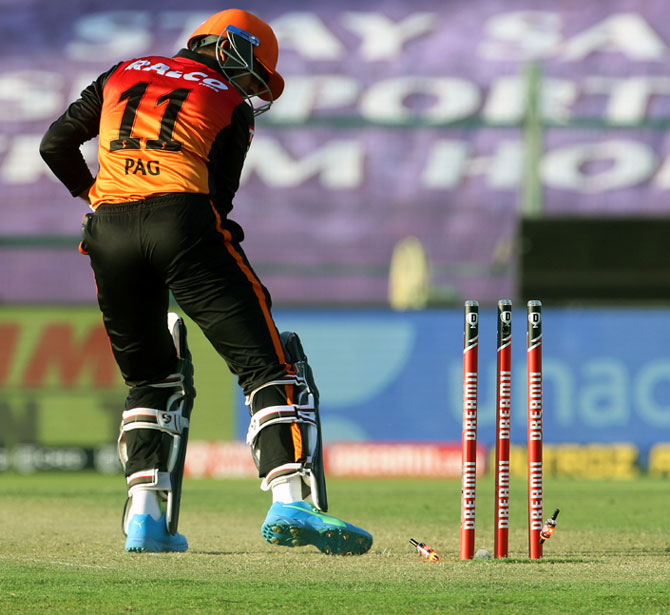 The asking rate has gone over 10, with 75 needed from seven overs for victory.

Cummins comes back into the attack. The first ball is down the leg side as Warner tries the glance with the ball going fine off his pads for four leg byes.

Warner picks a single to bring up his 5000 runs in the IPL before Shankar nearly drags it back on to his stumps.

Shankar pulls the short ball on the leg side for one before Warner lofts the full delivery over mid-off for a four.

He then misses the pull but gets an inside edge on the pads for a single as Sunrisers reach 100-4 in 14 overs, needing 64 from six overs for victory.
« Back to LIVE