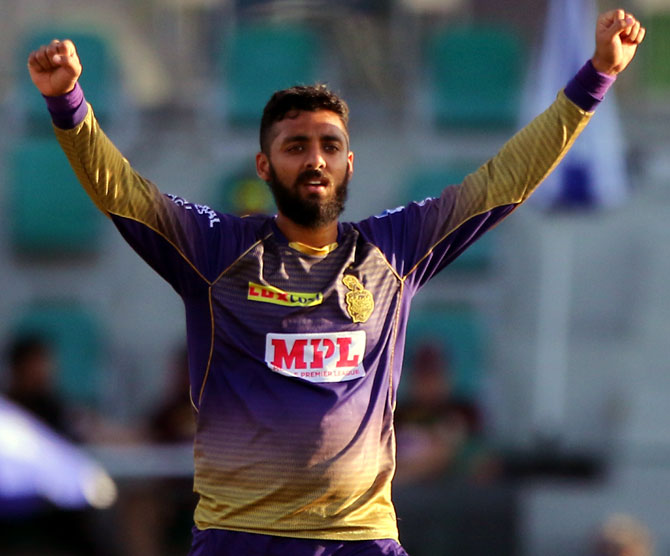 Sunrisers 74-3 (10 ovs) vs KKR 163-5
Ferguson continues as Garg takes a risky single off the first ball, after hitting it straight to the fielder at midwicket, who misses the direct hit.
Bairstow picks a single on the off-side before Ferguson strikes again in his next over.

The slower ball beats Garg all ends up as he makes room and looks to flay it through the off-side. He misses the ball completely and is bowled by the slower ball for four.

Warner walks in at No 4 as Ferguson's double strike has put KKR back into the contest.

Sunrisers are losing their way after a good start with wickets falling at regular intervals.

Bairstow looks to loft Chakravarthy down the ground but fails to clear the boundary and is caught by Russell at long-off to perish for 36 from 28 balls.

Manish Pandey gets off the mark with two runs through the covers and then gets a single through point.

Warner drives the fifth ball through the covers for one to get off the mark before Pandey is beaten off the last ball.

At the halfway stage, Sunrisers are reduced to 74-3 in 10 overs, needing 90 from the remaining 10 overs for victory.
« Back to LIVE