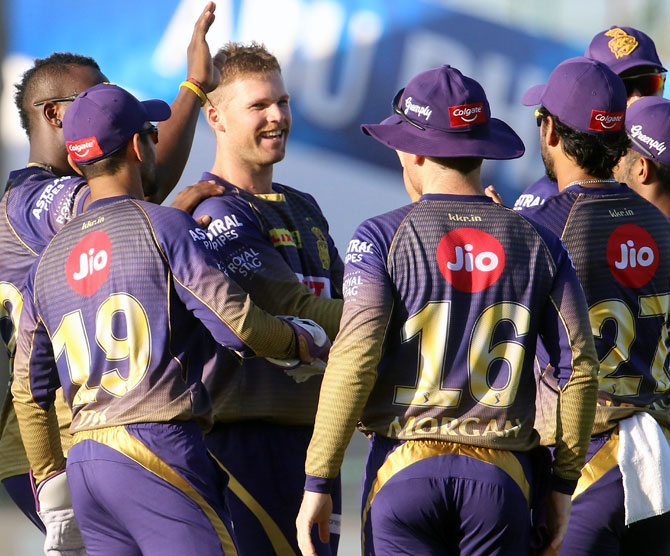 Sunrisers 68-1 (8 ovs) vs KKR 163-5
Lockie Ferguson strikes with his first delivery in IPL 2020 with the wicket of his New Zealand captain Williamson.
Williamson, who hit 29 from 19 balls, guided a short wide delivery straight to Nitish Rana on the thirdman fence.

Priyam Garg walks in at No 3 as captain Warner holds himself back in the batting order.

Garg runs the fourth ball fine on the off-side for a single and Bairstow is beaten trying to cut before he takes a single off the last ball.

A perfect start for Ferguson with the ball in IPL 2020 as he picks up the wicket of Williamson and concedes just two runs in his opening over.

Chakravrathy comes back into the attack.

The two batsmen do well to pick singles from the first four balls before Bairstow cuts a short ball past point for a four. He tries to cut the last ball but this time he gets the bottom edge on the bounce to the wicketkeeper.

Sunrisers in control on 68-1 in eight overs.
« Back to LIVE