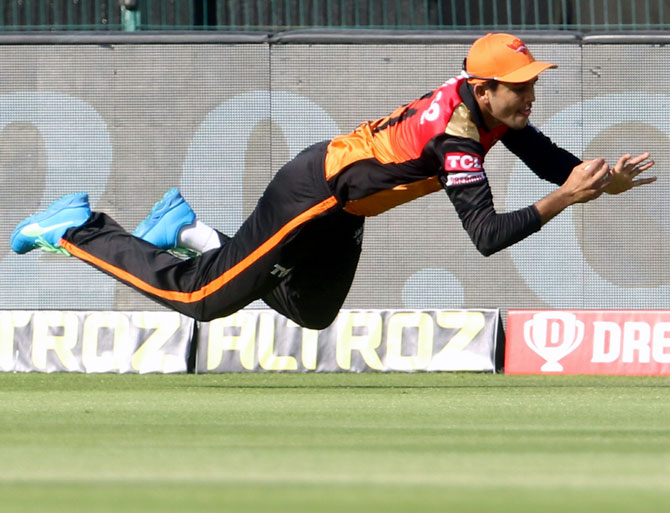 Medium pacer Shankar continues as Rana throws his bat at a wide delivery but gets just a single on the off-side.
Gill then tries to pull the short ball but misses and is hit on the body before he pushes the next back to the bowler. Good change of pace from Shankar as Gill goes hard but can't get it away.

Singles from the last two balls as Shankar gives away just three runs in his third over.

Rashid continues as Rana attempts the reverse sweep but is beaten before he lofts the next back voer the bowler's head for a six over long-on and then sweeps the next for one.

Gill goes for the inside out lofted shot but can't get it in the gap as Priyam Garg runs to his left at long-on and takes a superb low catch.

Gill walks back after a sedate 36 from 37 balls, as Rashid finally strikes in his third over to give Sunrisers a big boost.

Andre Russell walks in at No 4 in this game for KKR.

Rana then survives a huge shout for leg before wicket before he picks a single off the last ball, as KKR are reduced to 88-2 in 12 overs.
« Back to LIVE