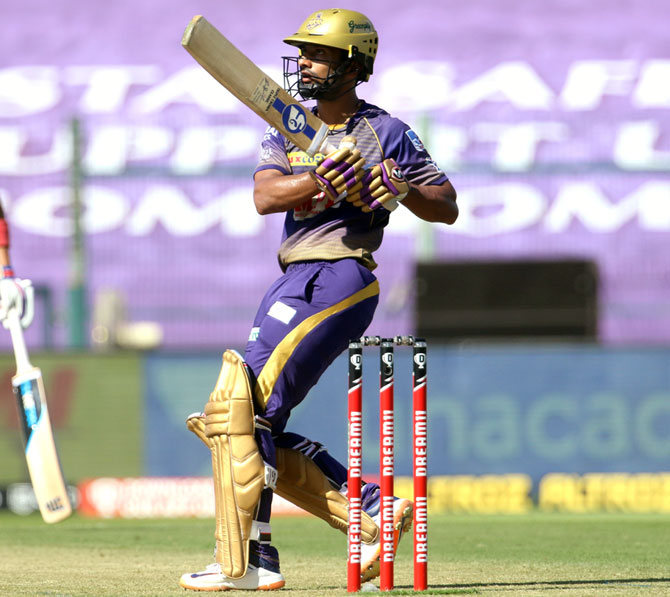 KKR 28-0 (4 ovs) vs SRH
Sandeep continues as KKR's openers look to play it safe in the opening overs.
Gill drives the first two balls on the off-side as he is unable to find the gap before he clips the third ball on the leg side for one.

Tripathi also manages a single off the fifth and Gill keeps strike with one from the last ball, as Sandeep concedes just three singles from his second over.

A change in bowling as Thangrasu Natarajan comes into the attack in place of Thampi.

Gill picks a single off the first ball before Tripathi lofts a full delivery straight down the ground for a six and then does well to tap the next ball on the off-side for a quick run.

A single for Gill before Tripathi swats the last ball behind square for a four, as 13 runs come from the over.

KKR are 28 for no loss in four overs, with Tripathi on 21 and Gill on seven.
« Back to LIVE

Chasing 164 to win, opener Zak Crawley was dismissed in the second session before Dom Sibley and Jos Buttler took the hosts to victory.

'Nitish Kumar has to choose between dignity and power'

The Centre may pass any law undermining the Constitution and on the back of its majority, but once the common man and farmers rise, they will not keep quiet until the new farm acts and the ruling party are destroyed, Nationalist Congress...

The wicketkeeper-batsman and his love for cartoons is no secret.