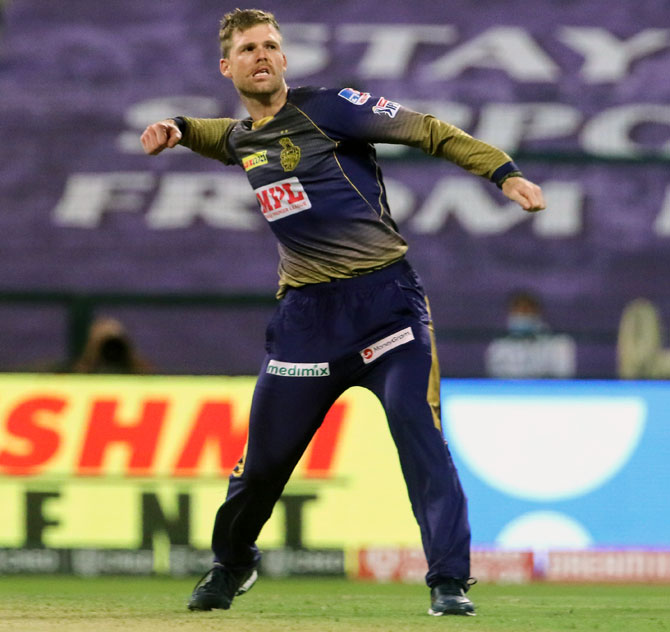 No surprise that David Warner is coming out to bat along with Jonny Bairstow.

Lockie Ferguson with the ball for KKR. And the Kiwi paceman strikes first ball with the big wicket of Warner, who tries to run it down to thirdman but misses and is bowled for a duck.

Abdul Samad is the next man in for SRH.

The youngster has a big swing but can only slap it back past the bowler for two runs. Infact, Bairstow was lucky that the fielder missed the direct hit as he was struggling to make his crease.

KKR need just three runs to win the Super Over

Ferguson took 3-15 in four overs in the Sunrisers innings earlier on before he struck a double blow in the Super Over to put KKR on course for victory.

KKR have sent out their two most experienced players out to bat in captain Morgan and Karthik.

Rashid Khan to bowl for SRH.

Morgan reverse sweeps the first ball but can't get it past short thirdman before he sweeps the next to deep midwicket for a single.

A full delivery on the stumps as Karthik taps it on the leg side for a dot ball.

However, the last ball is on the pads as Karthik misses the clip but it brushes the pads and goes fine for two leg byes as KKR emerge victorious.

S&P Global Ratings on Monday expressed scepticism over allowing corporate ownership in banks given India's weak corporate governance amid large corporate defaults over the past few years. It also said that the Reserve Bank of India...