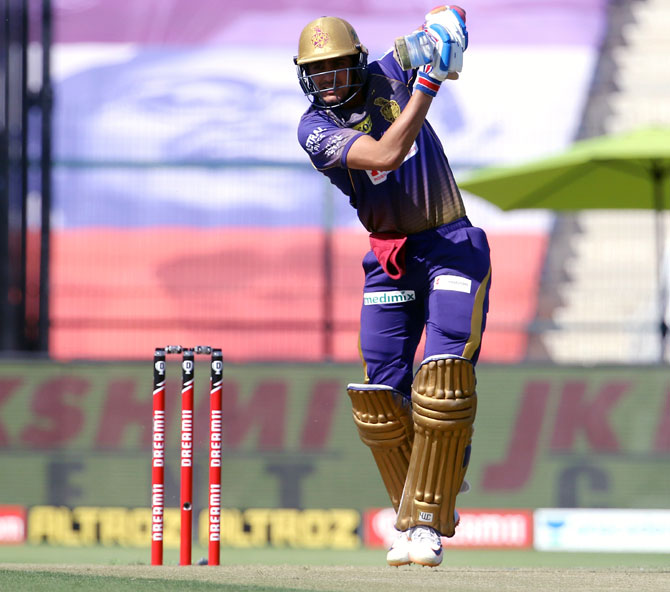 KKR 12-0 (2 ovs) vs SRH
Shubman Gill and Rahul Tripathi are the two openers for KKR, while Sandeep Sharma will open the bowling for Sunrisers.
The first ball comes in sharply as Gill defends it to mid-on and he then flicks the next to midwicket for a single to get off the mark.

Tripathi gets off the mark with a four as he steers a wide half-volley past point and then picks a single off the fifth ball. Gill uses his feet to the last ball but can only defend it to mid-off.

Basil Thampi from the other end.

Tripathi picks a single from the first ball before Gill gets a lifeline off the third ball. He flicks Thampi uppishly on the leg side as Rashid Khan rushing in from deep square leg puts down a straightforward chance.

A single each to Tripathi and Gill before the former clips the last ball through square leg for two runs, as KKR reach 12-0 in two overs.
« Back to LIVE