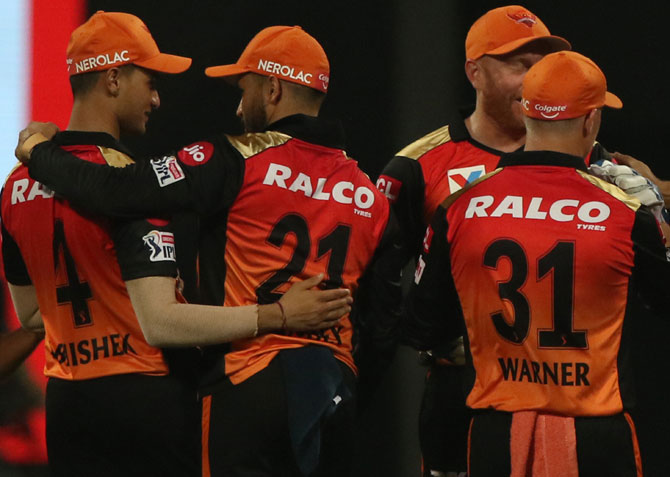 Sunrisers Hyderabad captain David Warner has won the toss and elected to bowl against Kolkata Knight Riders, in Abu Dhabi, on Sunday.
Sunrisers have gone in for two changes in their playing XI as pacer Basil Thampi comes into the team along with all-rounder Vijay Shankar as they replace Khaleel Ahmed and Abhishek Sharma respectively.

KKR have made a couple of changes as left-arm spinner Kuldeep Yadav comes back into the team in place of pacer Prasidh Krishna, while Lockie Ferguson replaces Chris Green.

Sunil Narine was on Sunday cleared by the IPL's suspect bowling action committee after being reported last week, but he has not been included in the playing XI.
« Back to LIVE