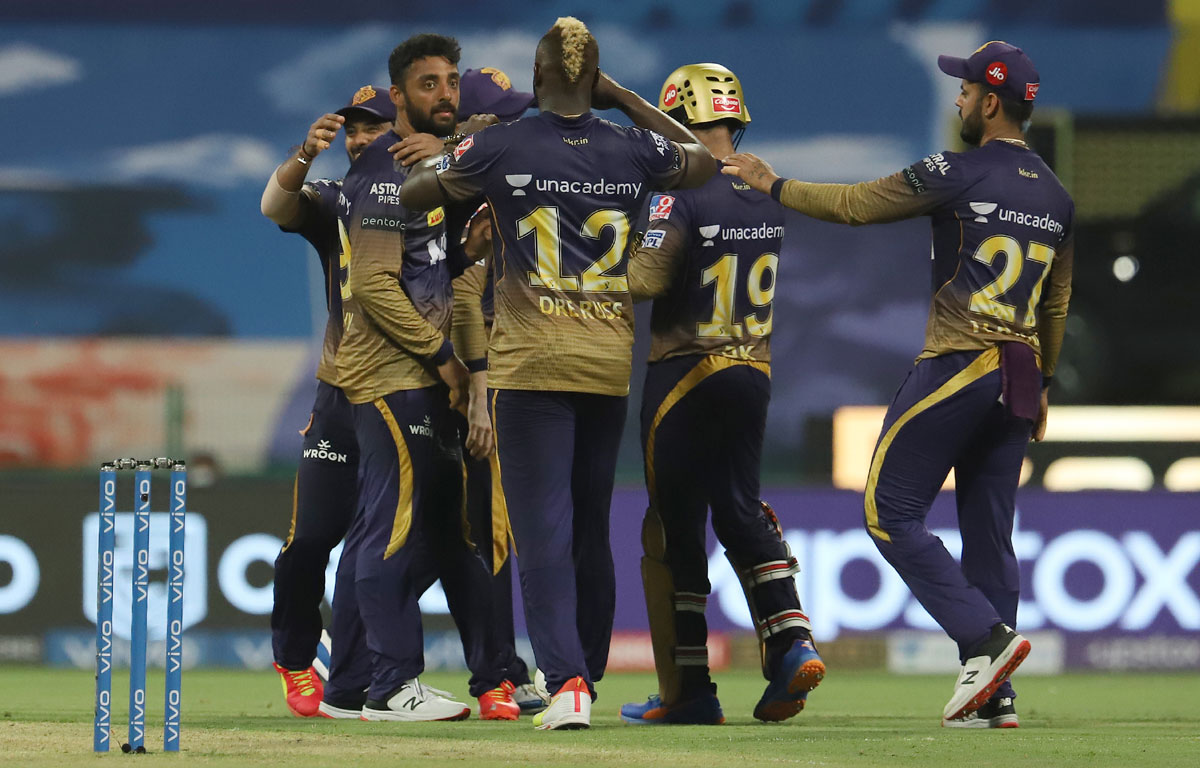 RCB 75-7 (15 ovs) vs KKR | Scorecard
Spin from both ends as Narine comes back into the attack. Sachin clips the first ball to square leg for a single and Jamieson plays two dot balls before chipping the fourth ball over the off-side for two runs.
Jamieson plays out the last two balls of the over as Narine concedes just three runs in his third over.
KKR continue to build the pressure as Chakravarthy keeps things tight with Sachin unable to get away.
He is unable to get a run off the first three balls before he throws his bat at a wide delivery but gets a thick outside edge and is caught at point for seven.
Harshal Patel hits the last ball towards mid-off for a single to get off the mark.
Narine from round the wicket. Jamieson picks a single off the first ball to long-off and Harshal edges the next ball trying to play the cut shot for a boundary fine on the off-side.
He picks one from the fourth ball before Jamieson gets a leg bye off the last ball.
« Back to LIVE