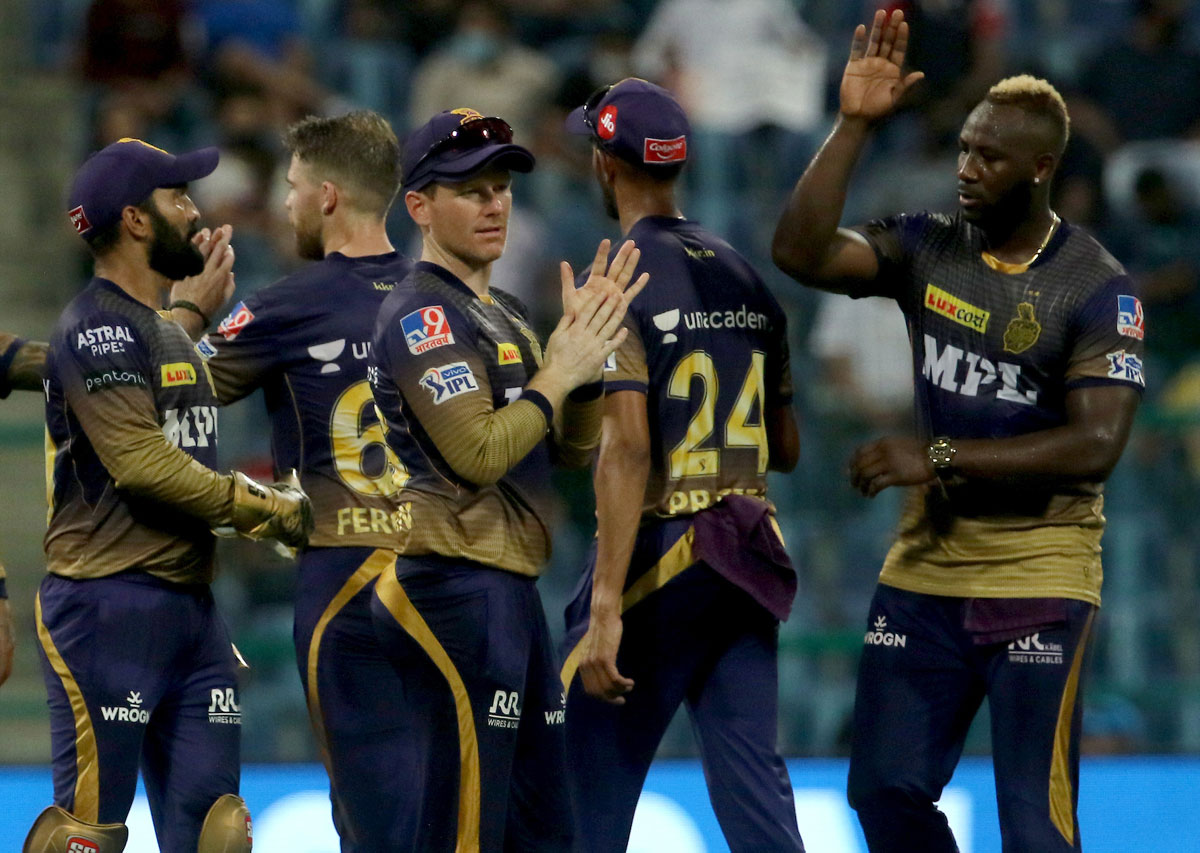 RCB 52-4 (9 ovs) vs KKR | Scorecard
Narine back into the attack. Maxwell looks to pull the first ball but misses before he get a thick edge off the next ball which falls just wide of the fielder at short thirdman for two runs.
A single to Maxwell helps RCB bring up their 50, in the eighth over.
Bharat picks one on the leg side before Maxwell attempts the reverse sweep but is unable to connect.
Russell starts his second over with a short ball. Bharat swivels and pulls but only manages to hit it straight into the hands of Shubman Gill at deep square leg to fall for 16.
Russell deals RCB another big blow as he cleans up AB de Villiers for a first-ball duck.
The incoming yorker beats de Villiers as it goes off the bat into the stumps, as RCB are left reeling on 52/4 in nine overs.
« Back to LIVE