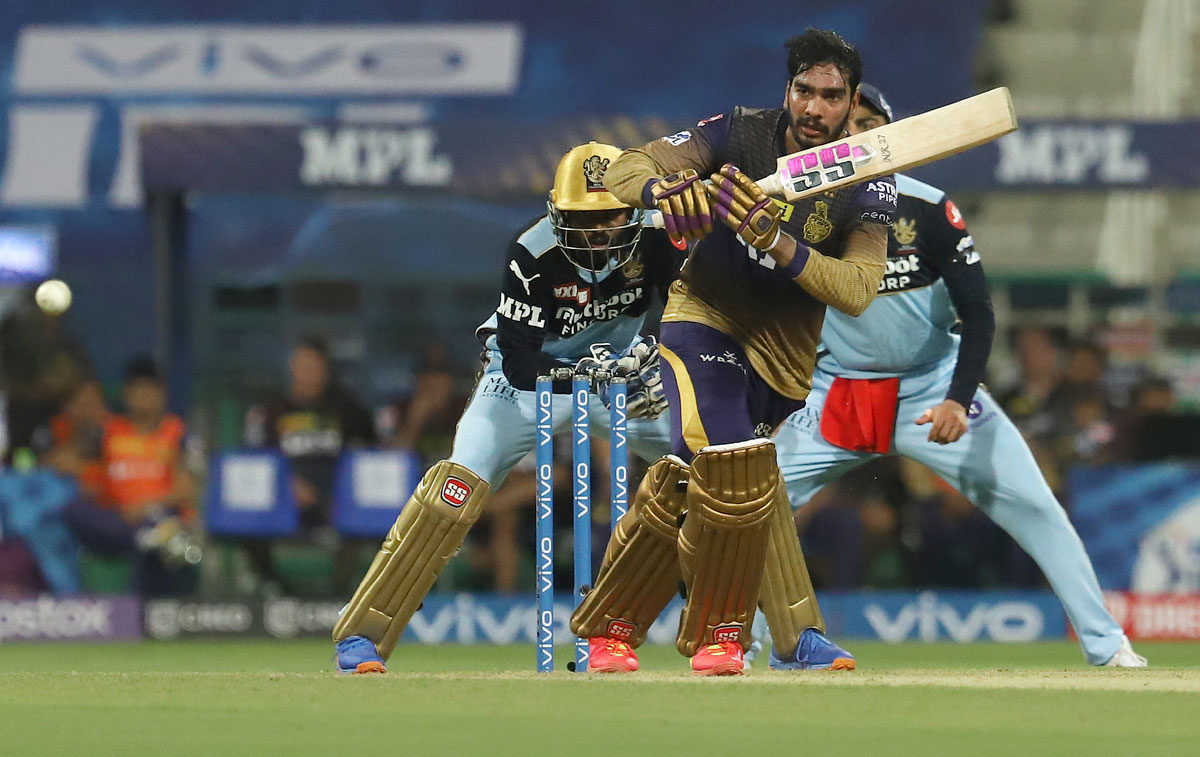 KKR 94-1 (10 ovs) vs RCB 92 | Scorecard
Hasaranga comes back into the attack. The first ball is a googly which Gill fails to read and is struck on the pads but it is going down the leg side.
Gill gets the next ball bang off the middle as he comes down and lofts the spinner down the ground for a six over long-on.
He goes for another big hit down the ground but gets a thick inside edge fine on the leg side for two runs.
Iyer reverse sweeps the last ball square on the off-side for a four to get 13 runs from the over.
In the next over, Gill drives a full toss from Harshal through the covers for a single.
Iyer hits the next ball back to the bowler as Harshal sticks his left hand out but is unable to hold on.
Harshal tries the slower bouncer as Gill offers no stroke before he flicks the fifth ball through midwicket for a four and keeps strike with one from the last ball.
Chahal denies KKR a 10-wicket victory as he strikes with the wicket of Gill, who is caught at mid-off for a quickfire 48 from 34 balls.
KKR are well set for a big win with the openers putting on 82 runs for the opening wicket from 55 balls. They need 11 from 65 balls for victory.
Iyer continues to attack as he picks the googly from Chahal and reverses it square on the off-side for a four.
The left-hander comes down the track and smashes the full delivery straight down the ground for another boundary.
Iyer finishes off things in some style as he pulls Chahal for the third four in a row.
KKR race to 94/1 in 10 overs, to win by 10 wickets with 10 overs to spare.
Iyer finishes unbeaten on a cracking innings of 41 from 27 balls on his debut as KKR make a confident start in the second leg of IPL.
« Back to LIVE