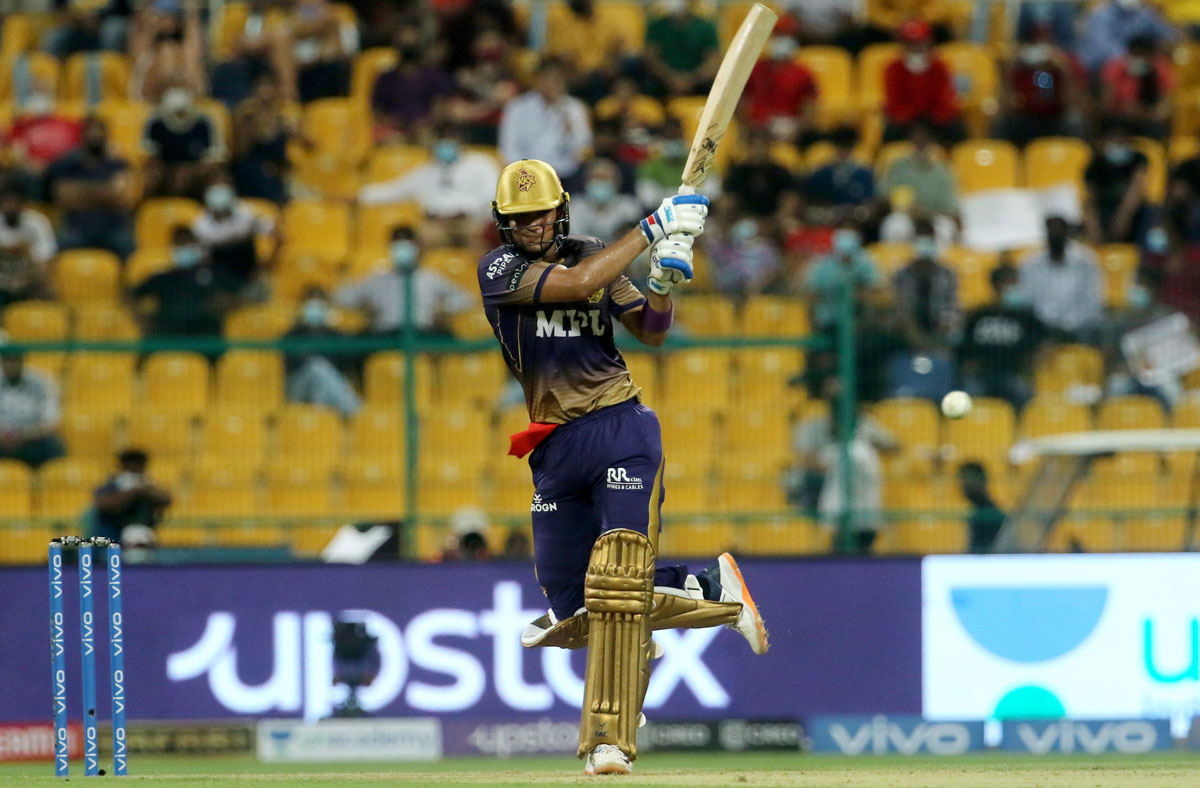 KKR 62-0 (7 ovs) vs RCB 92 | Scorecard
Leg-spinner Yuzvendra Chahal comes into the attack. Gill slog sweeps the second ball over midwicket for a four.
He initially looks to step down next ball but stays in his crease and cuts the short ball but can't get it past point.
Some flight from Chahal as Gill whips it uppishly over midwicket for another boundary as KKR race past 50, in the sixth over.
Gill reverse sweeps the next ball fine on the off-side for a couple of runs and picks a single off the last ball.
KKR in control on 56 for no loss in six overs, with Gill on 30 from 21 balls and Iyer on 22 from 16 balls.
Harshal Patel comes into the attack with KKR looking to finish off the match as early as possible to improve their net run rate.
With the field spread around, Iyer and Gill doing well to play the ball in the gaps and collect the singles.
Patel concedes six runs in the over, including five singles and a wide as they close in on an emphatic win.
« Back to LIVE