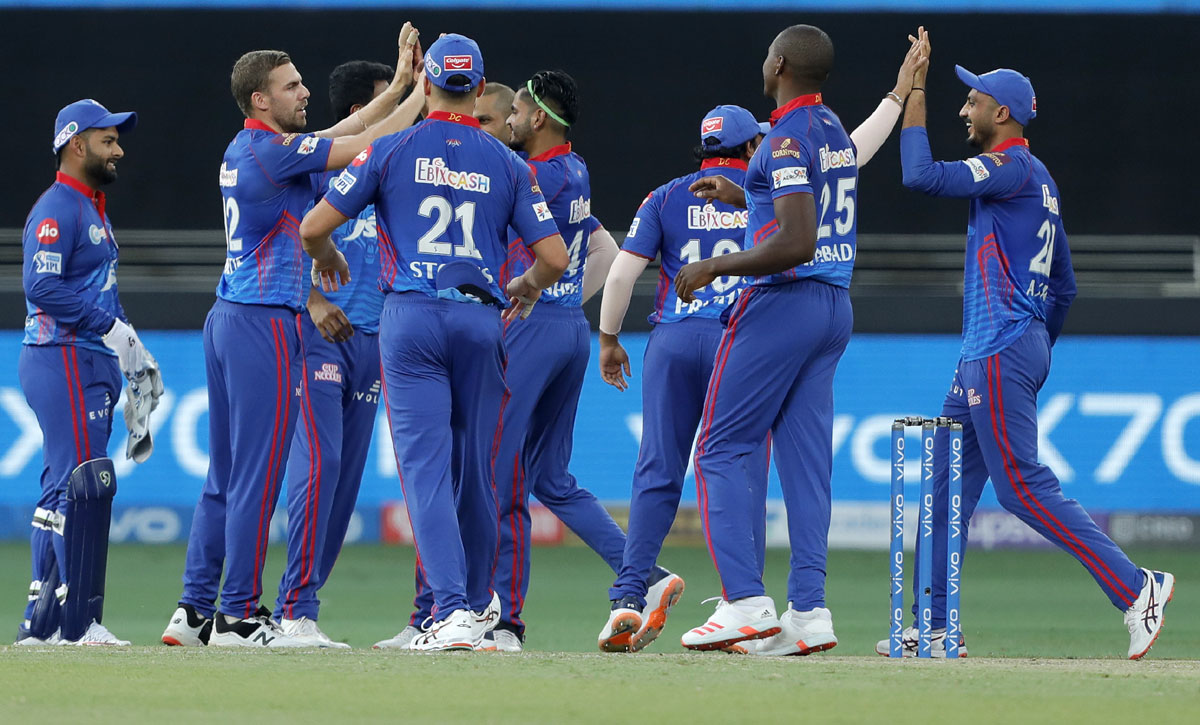 SRH 29-2 (5 ovs) vs Delhi | Scorecard
Nortje continues as Williamson pushes the first ball to square leg for a single and Saha taps the next to midwicket for one.
Another Williamson clip on the leg side for one before Saha is beaten by the yorker as it strikes his pads and goes on the off-side for a leg bye.
The ball is slipping down as the leg before shout is turned down.
Left-arm spinner Axar Patel comes into the attack. Saha slog sweeps the first ball over midwicket for a four and then taps the next into the off-side for a single.
Williamson steps out of his crease to flick Axar to midwicket for one before Saha also picks a single on the leg side as seven come from the over.
Kagiso Rabada comes into the attack. Saha whips the first ball, a full ball on the stumps, over the square leg fence for a six to go past 2000 runs in the IPL.
Saha then tries to pull the short ball but is deceived by the change of pace before he is beaten again looking to drive the full delivery.
Rabada's pace too hot to handle for Saha. He miscues the pull shot clearly done in for pace as Dhawan takes a simple catch at square leg.
Saha walks back for 18 as SRH are reduced to 29/2 in five overs.
« Back to LIVE

The announcement came after the protesting farmers received a letter from the central government, with promises of forming a committee on minimum support price (MSP) and withdrawing cases against them immediately.

The RRR trailer is an absolute visual delight and promises a grand cinematic experience. But isn't that a given, considering it's an S S Rajamouli film?

Mathura has a prominent mosque -- the Shahi Idgah -- located next to a temple, believed to be the site of the birthplace of Lord Krishna. The mosque has been at the centre of a legal battle for years with Hindu groups claiming that the...

Bigg Boss 15: Why is Devoleena so ANGRY?

Is Devoleena being betrayed?

IAF Group Captain Varun Singh, the lone survivor in the helicopter crash that killed Chief of Defence Staff Gen Bipin Rawat and 12 others, is being shifted to Bengaluru from the Army hospital at Wellington in Tamil Nadu, his father said...