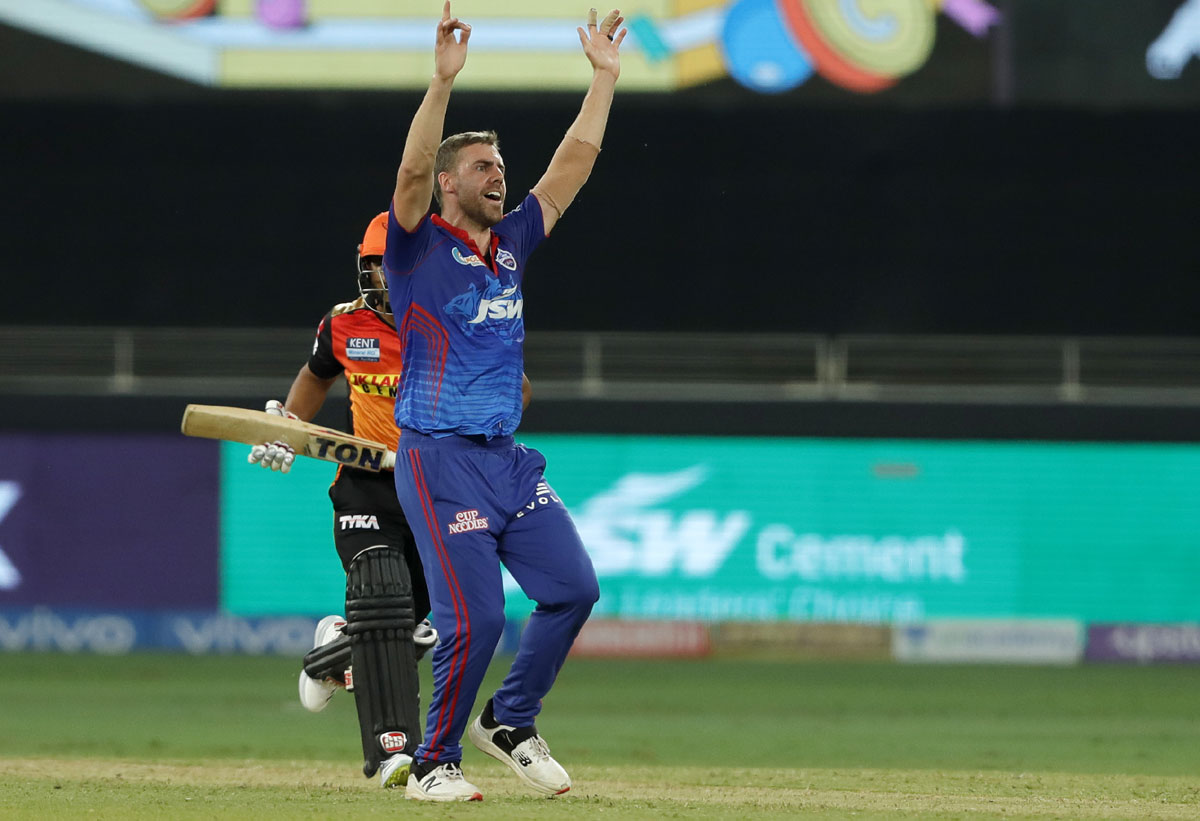 SRH 97-6 (16 ovs) vs Delhi | Scorecard
Ashwin going through his overs without much of a fuss. He gives away just four runs in his third over with the SRH batsmen content to just play safe at the moment.
But Delhi continue to attack as they bring back Rabada.
Rabada oversteps to concede a free hit. Jason Holder swings hard at the free delivery, getting the much-needed boundary for SRH as the ball flies off the thick outside edge for a six over thirdman.
He takes a single to thirdman before Samad chips Rabada over the covers for two runs.
The last ball is short as Samad looks to pull but is beaten. SRH are struggling on 90/5 in 15 overs. It remains to be seen how many more they can get in the last five overs.
Axar cripples SRH further as he strikes with the wicket of Holder, who is caught by Shaw for 10.
He comes down the track but fails to get to the pitch as he hits it uppishly into the covers where Shaw takes a sharp catch, with SRH slipping to 90/6, in the 16th over.
Rashid Khan makes room and hits the third ball to point for a single to get off the mark and Samad takes one in the covers.
Rashid edges the fifth ball which flies wide of the wicketkeeper for a four and takes one off the last ball.
« Back to LIVE

The announcement came after the protesting farmers received a letter from the central government, with promises of forming a committee on minimum support price (MSP) and withdrawing cases against them immediately.

The RRR trailer is an absolute visual delight and promises a grand cinematic experience. But isn't that a given, considering it's an S S Rajamouli film?

Mathura has a prominent mosque -- the Shahi Idgah -- located next to a temple, believed to be the site of the birthplace of Lord Krishna. The mosque has been at the centre of a legal battle for years with Hindu groups claiming that the...

Bigg Boss 15: Why is Devoleena so ANGRY?

Is Devoleena being betrayed?

IAF Group Captain Varun Singh, the lone survivor in the helicopter crash that killed Chief of Defence Staff Gen Bipin Rawat and 12 others, is being shifted to Bengaluru from the Army hospital at Wellington in Tamil Nadu, his father said...