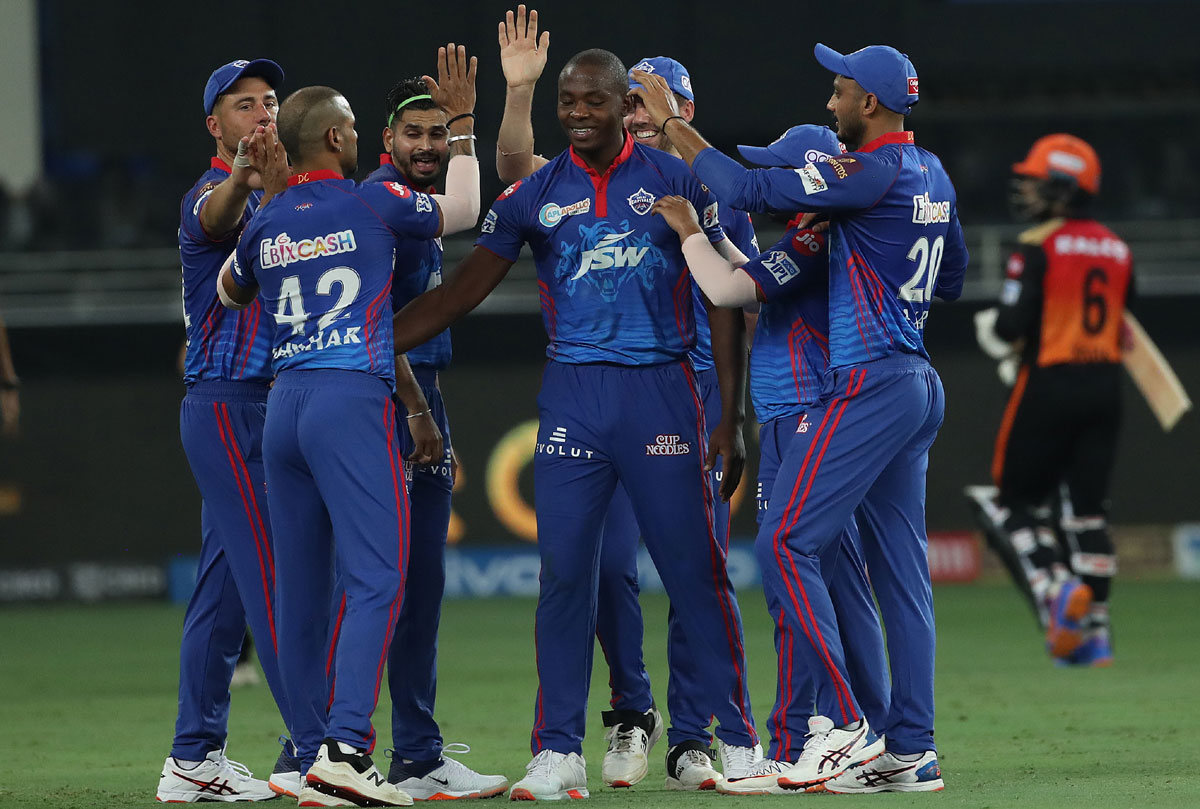 Welcome to the coverage of the Indian Premier League match between Rajasthan Royals and Delhi Capitals in Abu Dhabi on Saturday.
Operating like a well-oiled unit, Delhi Capitals will be eager to consolidate their top spot when they clash with a resurgent Rajasthan Royals, who will be keen to keep the winning momentum going.

The Rishabh Pant-led side had a sensational first leg, winning six games in eight outings. They started the second phase on a high by handing Sunrisers Hyderabad an eight-wicket thrashing on Wednesday to maintain their top spot in the points table.

On the other hand, Rajasthan, who were struggling to find their feet in the first leg, will take a lot of confidence after snatching a two-run victory from the jaws of defeat against Punjab Kings.

For Rajasthan, youngsters Yashasvi Jaiswal and Mahipal Lomror rose to the occasion with the bat against Punjab but skipper Sanju Samson will be expected to take more responsibility.

In the bowling, pacers Kartik Tyagi and Bangladesh's Mustafizur Rahman did the job in the end.

With Punjab needing eight runs to win of the final two overs, Rahman gave away just four in penultimate over before rookie Tyagi bowled a sensational final six balls, picking up two wickets while conceding just one run to seal the side's fourth win of the season.

The Royals will face a tough task against an in-form Delhi on Saturday, with openers Shikhar Dhawan -- the leading run scorer of the tournament this season -- and Prithvi Shaw looking in good touch.

Dhawan (422 runs) and Shaw (319 runs) have provided flying starts to their side with six half-centuries between them along with 88 fours and 21 sixes. For any bowling unit, facing the Dhawan-Shaw duo is a scary proposition.

Shreyas Iyer made a stunning return with an unbeaten 47 after missing the first leg due to injury, which is a big positive for the side.

Delhi also boast of a strong middle-order comprising, skipper Rishabh Pant (248 runs), Australian Steve Smith and Shimron Hetmyer, who can be highly destructive on their day.

In the bowling department, Delhi is unlikely to tinker with their pace attack, as Avesh Khan has been impressive, while the South African pace duo of Kagiso Rabada and Anrich Nortje are capable of running through any batting line-up.

Spinners Axar Patel and Ravichandran Ashwin are difficult to get away in the middle overs, but Marcus Stoinis' injury will be a concern for the table toppers.
« Back to LIVE

How Chhattisgarh cops were prevented from arresting TV anchor in UP

The drama unfolded early in the morning as the Chhattisgarh Police came face to face with their counterparts from Ghaziabad and Noida, who, they claimed, prevented them from arresting Zee News anchor Rohit Ranjan despite an arrest...