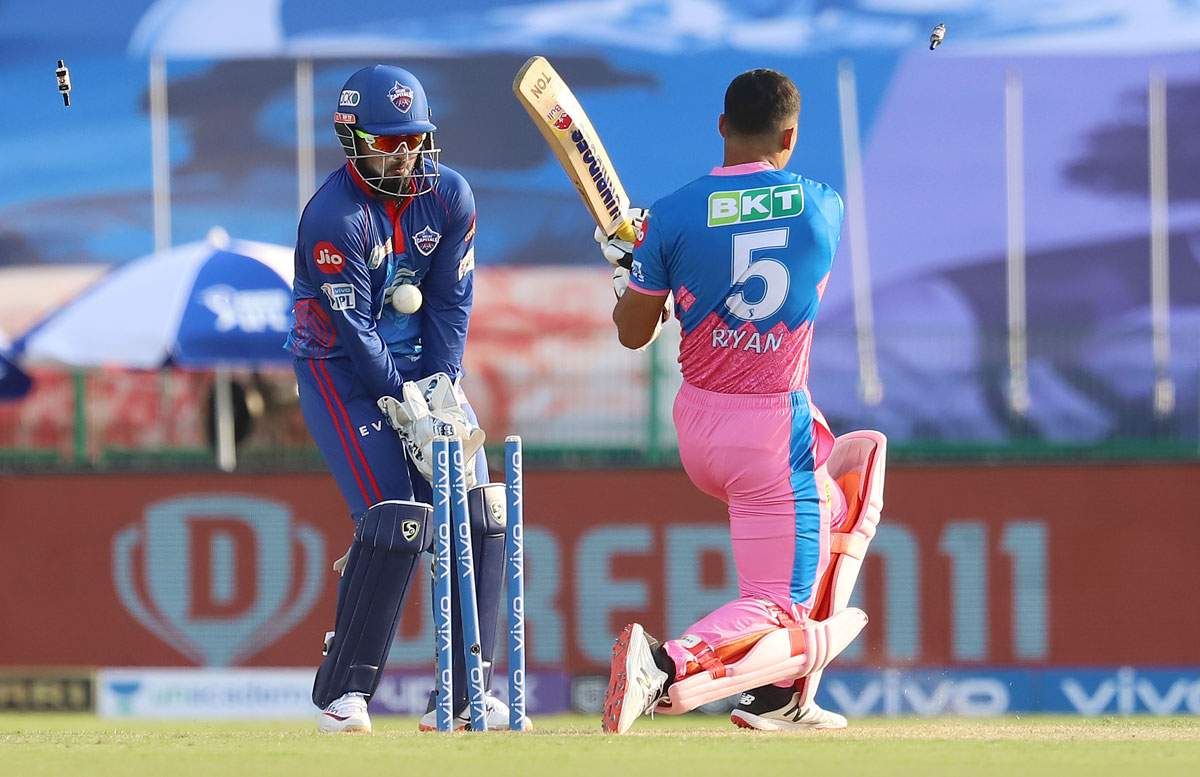 Royals 82-5 (15 ovs) vs Delhi 154-6 | Scorecard
Ashwin, who has one over in hand, comes back into the attack. Even the singles are proving difficult to come for Royals as Tewatia is unable to get a run off the first three balls.
He clips the fourth ball on the leg side for a single before Ashwin bowls a wide and Samson is beaten trying to reverse sweep as he takes a leg bye.
Nortje comes back into the attack. Samson mishits the first ball looking to swing it over the leg side for a couple of runs to midwicket.
Slightly short from Nortje as Samson guides it behind point for a four and then takes a single to midwicket.
Singles from the last two balls as nine runs come from the 14th over.
Rabada, who has two overs in hand, is back into the attack. Samson glances the second ball fine on the leg side for a four and punches the next through the covers for one.
Tewatia does the same next ball for a single to the fielder at sweeper cover.
Samson picks the slower ball from Rabada and slaps it over the fielder at mid-off for a four.
He is bringing some cheer back to the Royals camp as he pulls the last ball for the third four of the over, as Rabada goes for 14 runs in his third over.
Royals are 82/5 in 15 overs, with 73 needed from the last five overs for victory.
« Back to LIVE

A police team from Chhattisgarh landed in Ghaziabad, Uttar Pradesh, on Tuesday morning to arrest a TV news anchor from his house over a case lodged against him for playing a clip of Congress leader Rahul Gandhi out of context. However,...

Trinamool Congress MP Mahua Moitra on Tuesday stirred a controversy by saying that she has every right as an individual to imagine Goddess Kali as a meat-eating and alcohol-accepting goddess, as every person has the right to worship god...