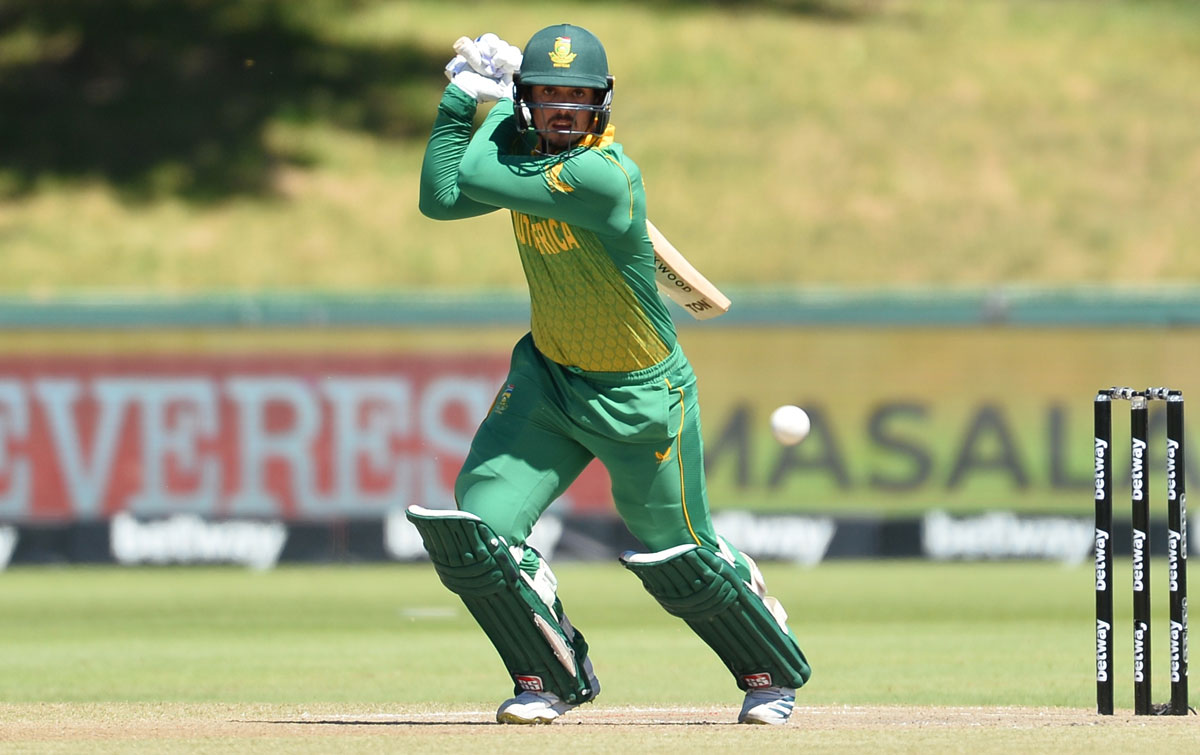 SA 66-0 (10 ovs) vs India 287-6 | Scorecard
Bumrah continues as de Kock clips the first ball to fine leg for a single and Malan flicks the fifth ball uppishly through midwicket for a four.
He steers the last ball square on the off-side for a couple of runs, as seven come from Bumrah's fifth over.
De Kock starts the 10th over with a single as he cuts Ashwin's short ball on the off-side and Malan takes one down the ground.
De Kock goes after Ashwin as he plays the inside out shot over the covers for a four before he takes a single down to long-off.
Malan attempts to reverse sweep the last ball but misses and is struck on the pads. India appeal for LBW which is turned down before they take the review, but the point of impact is outside the line of off-stump as the review is lost.
South Africa off to a good start as they race to 66 for no loss in 10 overs.
De Kock has played an attacking innings to smash 46 from 32 balls, while Malan has made 19 from 28 balls.
« Back to LIVE