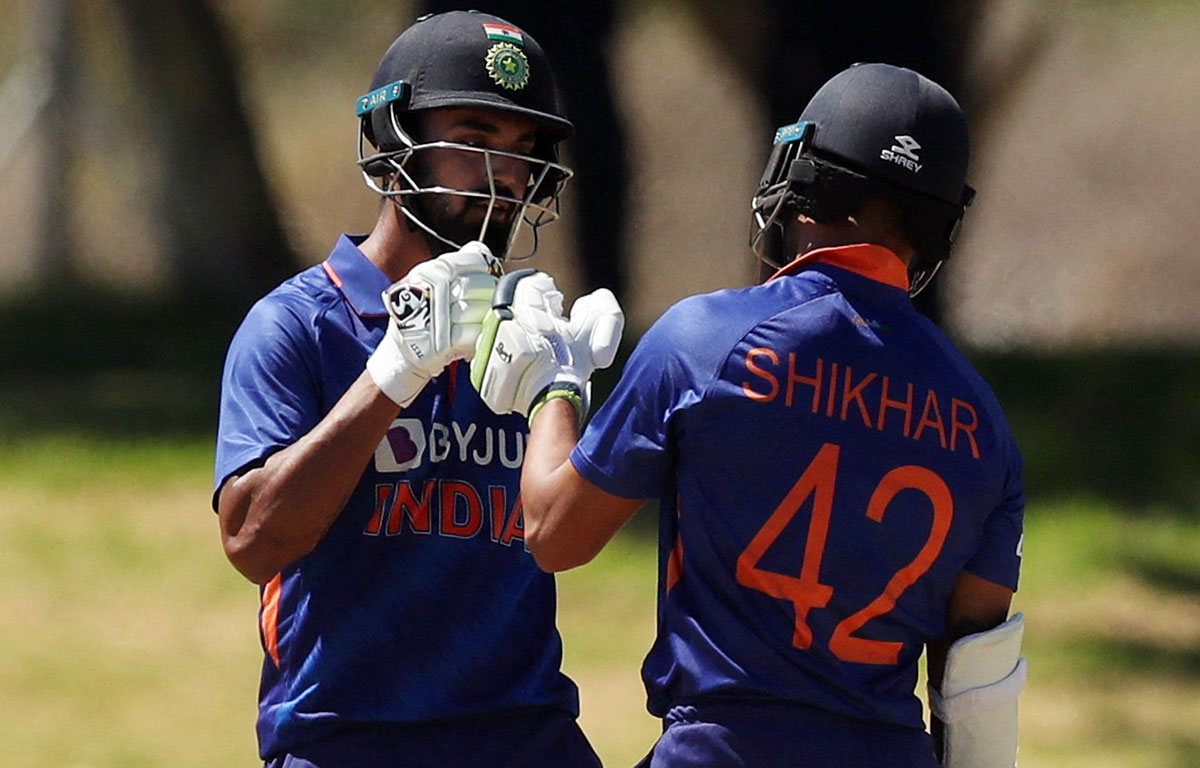 India 57-0 (10 ovs) vs SA | Scorecard
Magala is taken off, after conceding 29 runs in his three over as he makes way for part-time spinner Aiden Markram.
Dhawan drives the first ball down to long-off for a single and Rahul takes one to long-on, followed by singles off the last two balls.
Tidy start from Markram as he concedes just four runs in his first over.
In the next over, Rahul drives Ngidi through the covers for a four as India go past 50 in the ninth over, before he steers the fourth ball behind point for two runs.
Markram doing a good job despite bowling in the Powerplay. He starts his second over with three dots in a row to Dhawan, who then comes down the track to drive the fourth ball to long-off for a single.
Rahul takes one off the last ball to take India to 57 for no loss in 10 overs.
The strike has been rotated perfectly as Dhawan and Rahul have faced 30 balls each, scoring 25 and 21 respectively.
South Africa have pulled back things slightly, with 15 coming from the last four overs.
« Back to LIVE