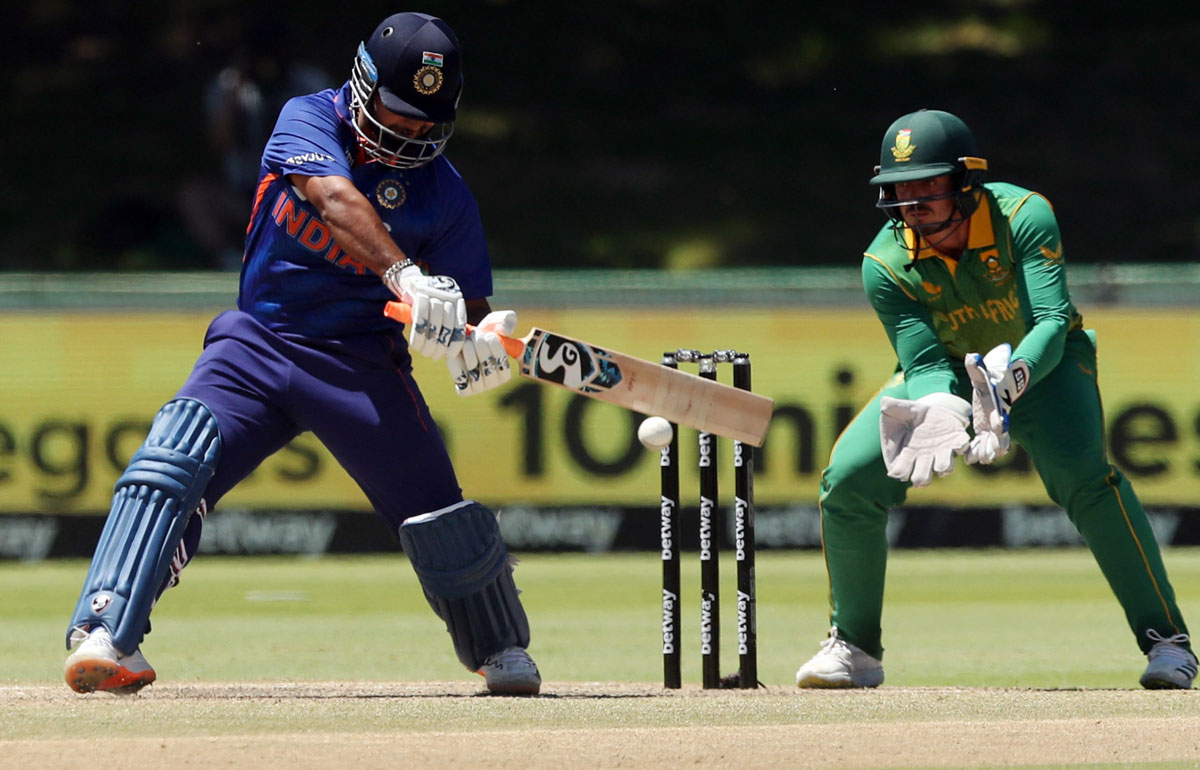 India 162-2 (28 ovs) vs SA | Scorecard
Rahul content to play the supporting role as he drives Shamsi down to long-off for a single to turn the strike back to Pant.
Pant looks to paddle Shamsi fine but misses and takes a tumble before he comes down and lofts the spinner over mid-on for a four.
He slaps the last ball through the covers for a couple of runs to continue to flow of runs.
In the next over, South Africa again slip on the field. Rahul, on 46, gets his third lifeline as he cuts Phehlukwayo straight to Markram at point, who puts down the straightforward chance.
He earlier survived a runout chance before a catch was put down by Malan.
Phehlukwayo does well to concede just two runs in his fourth over as India bring up their 150, in the 27th over.
Pant continues to target Shamsi. This time he tries the reverse sweep which he miscues for a single to thirdman and Rahul takes another quiet single next ball.
Pant swings a short ball from the left-arm spinner over midwicket for a four.
He comes down the track last ball and despite getting one hand off the bat, manages to loft it high over midwicket for a six.
Pant has smashed his way to 73 from 56 balls with India on 162/2 in 28 overs.
« Back to LIVE