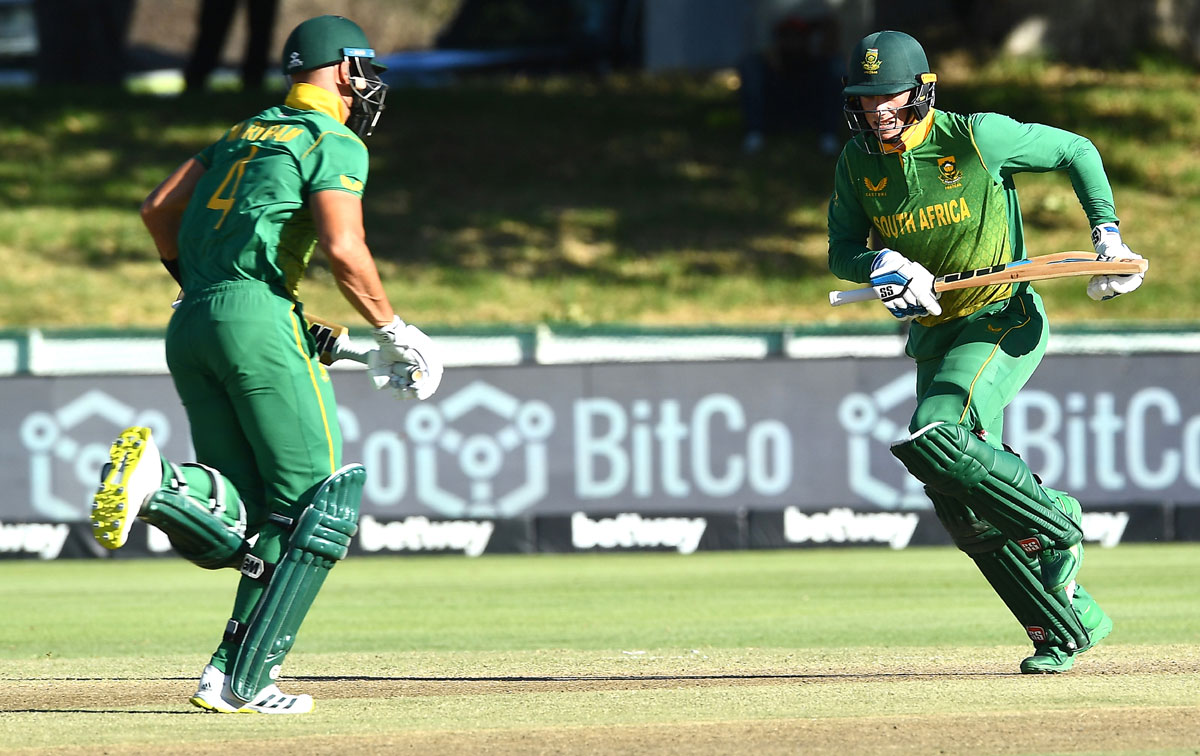 SA 276-3 (46 ovs) vs India 287-6 | Scorecard
Van der Dussen hits Bhuvneshwar through the covers for a couple of runs and then takes a single next ball.
Markram looks to finish off things as he plays the inside out loft off Bhuvneshwar for a four.
The next ball is whipped through midwicket for another boundary as the target comes under 20.
Bhuvneshwar's struggles continue as he gives away 12 in the 44th over, he has so far gone for 57 runs in his six overs.
The match is firmly in South Africa's control as Bumrah, who has two overs in hand, is back into the attack.
Bumrah starts with a slower bouncer as Markram is done in completely for pace. He looks to pull but is way too early into the shot and ends up pushing it on the off-side before he tries another big shot off the next ball but misses.
Markram takes a single off the third ball to mid-off before Bumrah's slower bouncer goes high over van der Dussen and is ruled a wide.
Bumrah finishes with two dot balls as he gives away just two runs in his ninth over.
Bhuvneshwar continues despite giving away runs in plenty. He sends down a tidy over this time around as both van der Dussen and Markram don't seem in any rush to finish off the game.
They quietly collect four runs from Bhuvneshwar's seventh over, with 12 needed from four overs for victory.
« Back to LIVE