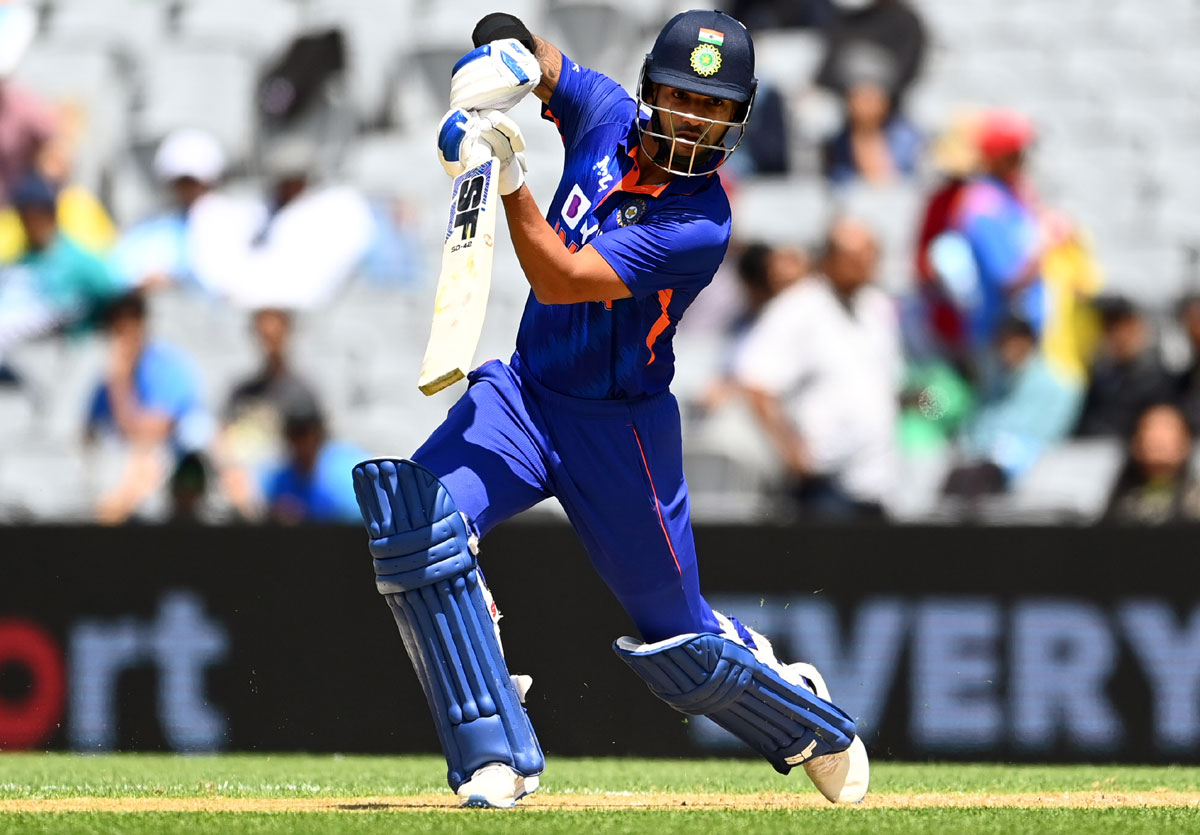 India 90-0 (20 ovs) vs NZ | Scorecard
Milne is back for a new spell as New Zealand look for the breakthrough. Dhawan hits the first ball square on the off-side for a single and Gill clips the fourth ball for another run, as just two come from the 17th over.
Santner continues as Gill hits the first ball through the covers for a single and Dhawan pulls the short ball for another run.
Gill swings the fifth ball in the gap through midwicket for two runs as the fielder at long-on cleans up and he slaps the last ball past point for another couple of runs.
Milne starts his new over with a short wide delivery which Dhawan slashes through thirdman for a four but misses out on a full delivery down the leg side as the ball strikes his pads before it is collected by the wicketkeeper with a dive to his right.
Another half-tracker from Milne as Dhawan again slashes it over point for the second four of the over followed by a single.
Santer to bowl his fourth over. Dhawan pulls the first ball for a single through midwicket before he comes down the track but clips the next to the fielder.
Singles off the last two balls as India reach 90 for no loss in 20 overs.
Dhawan has hit 47 from 62 balls, while Gill has made 41 from 58 balls.
« Back to LIVE