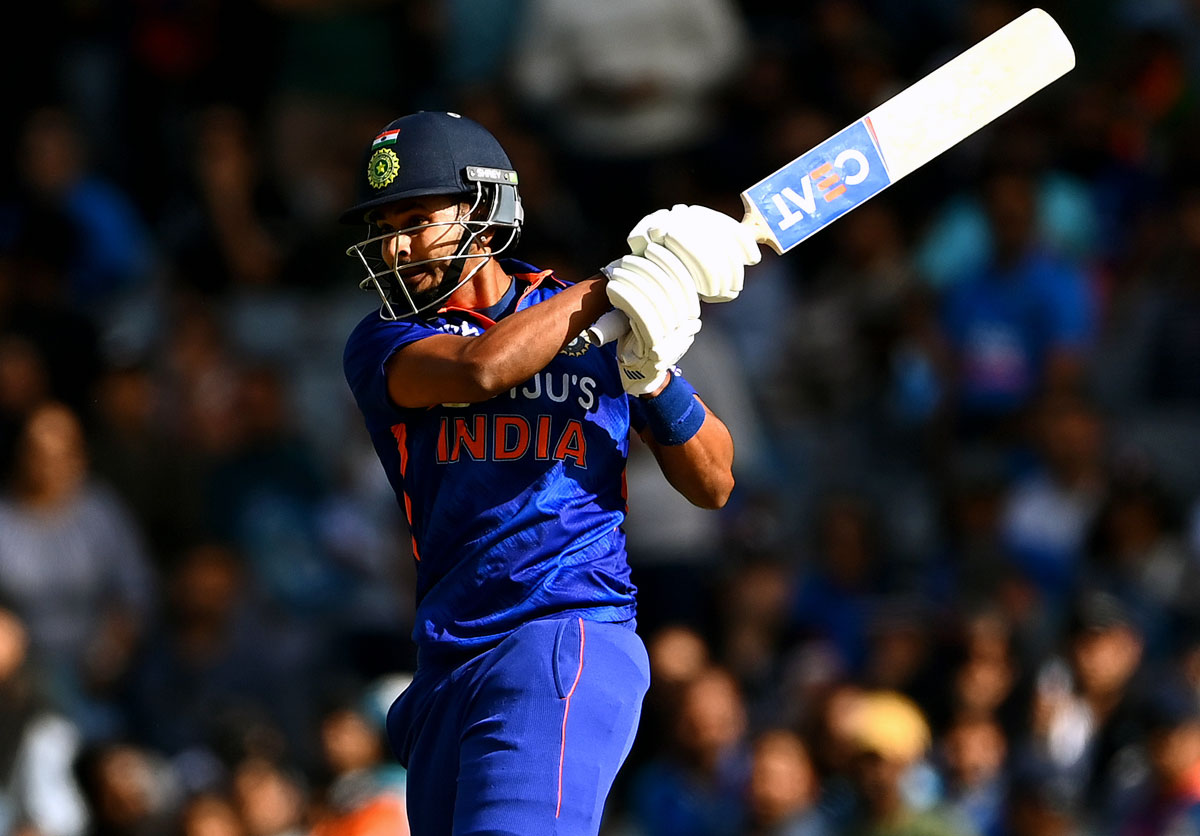 India 226-4 (43 ovs) vs NZ | Scorecard
Ferguson, who has two overs in hand, comes back for his last spell. A single each to Samson and Iyer before the former pulls the third ball towards fine leg for two runs followed by a wide.
A full delivery on the stumps as Samson defends it with a straight bat and runs the next to the left of point for one, followed by singles off the last two balls.
Santner, who also has two overs in hand, is back. Four runs from the over, including a wide as New Zealand look to keep things simple but not giving away too many boundaries.
Iyer picks a single from the last ball to bring up his fifty from 56 balls.
Ferguson ends his spell with a tidy over, conceding five singles, to finish with good figures of 3/59 in 10 overs.
« Back to LIVE