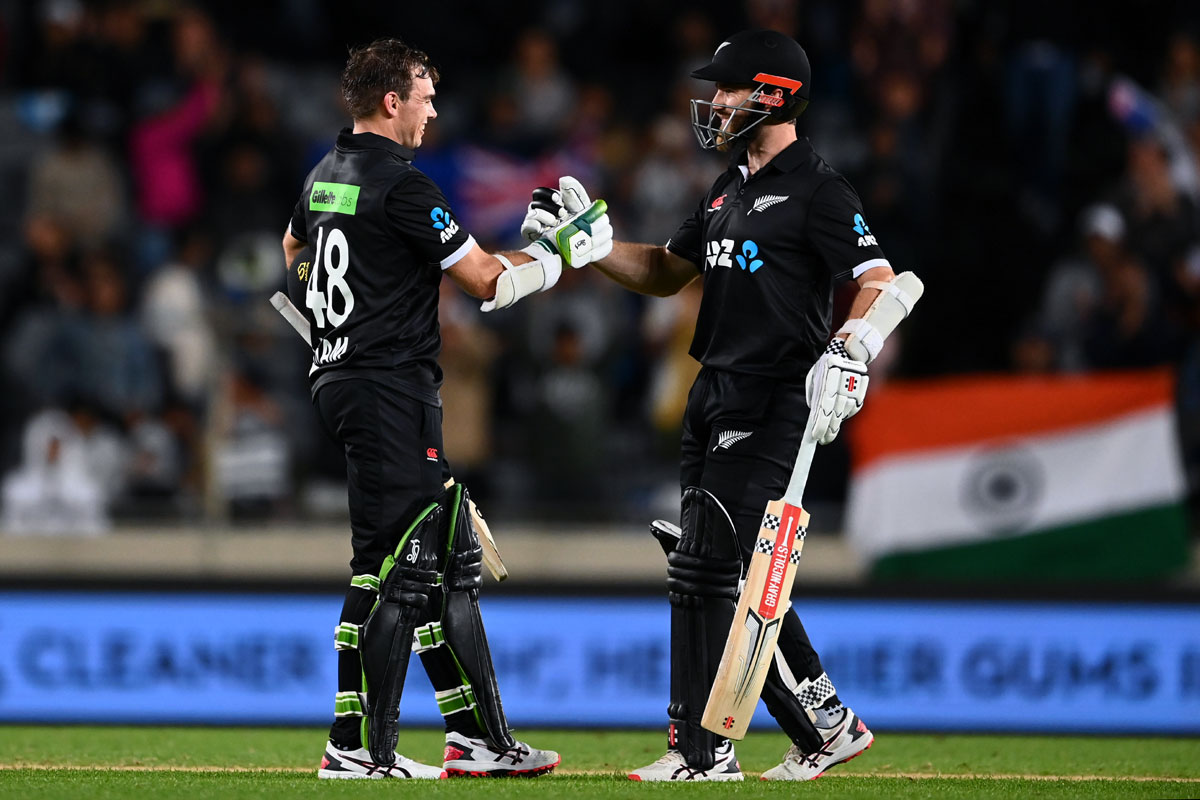 NZ 309-3 (47.1 ovs) vs India 306-7 | Scorecard
Thakur comes back into the attack, with New Zealand needing 11 for victory from four overs.
A single to Williamson, who is happy to take the ones and not worry about getting to his century, needing another 11 to reach the landmark.
Latham pulls the next for two runs followed by a single to bring up the 300 for the Kiwis.
Another short ball as Latham pulls it for a four as New Zealand close in on the win.
Arshdeep to bowl the 48th over. Williamson steers the first ball fine on the off-side for a four to take New Zealand to a thumping seven-wicket victory in the series opener.
Latham stroked a magnificent 145 from 104 balls, while Williamson was content to play second fiddle for 94 from 98 balls, with the duo putting on an unbroken stand of 221 runs to take the Kiwis to victory.
New Zealand continue their unbeaten run in ODIs at home, having won 13 matches in a row since 2019.
Umran bowled with a lot of pace to take 2/66, while Sundar was tidy with the ball but the rest of the bowlers went for plenty of runs as India once again struggled to take wickets in the middle overs.
« Back to LIVE