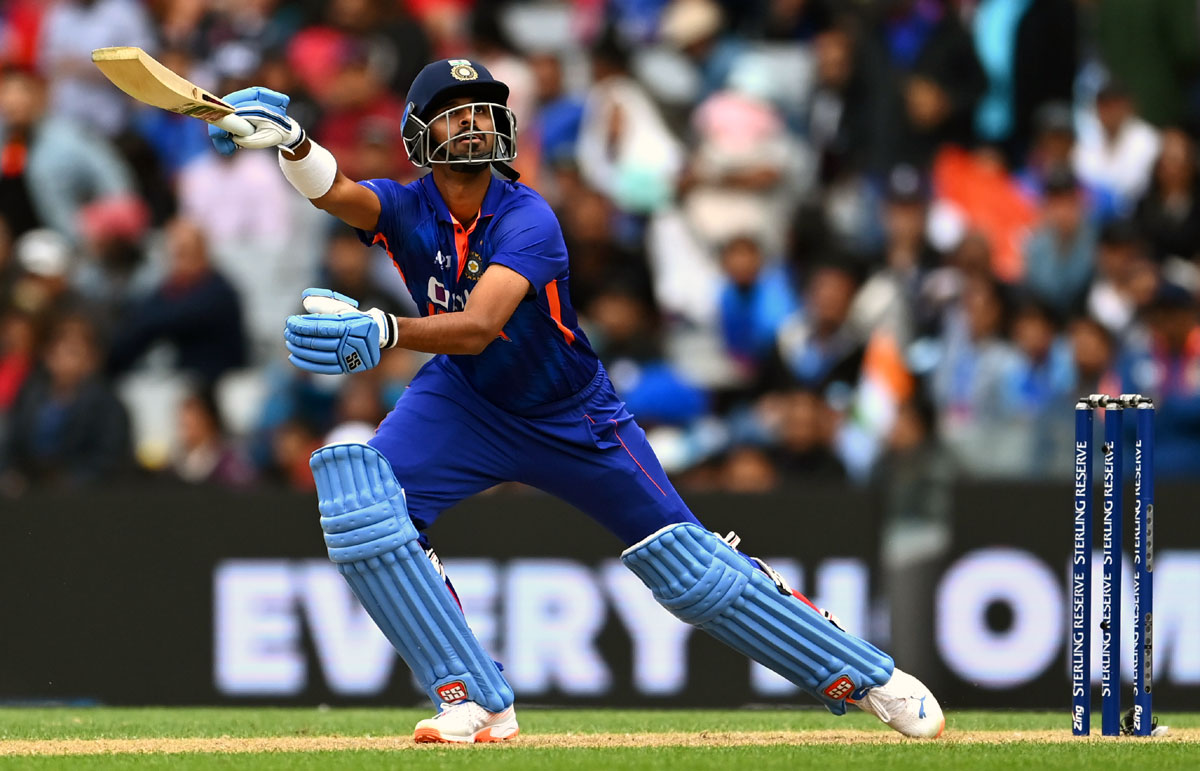 Washington Sundar
India 306-7 (50 ovs) vs NZ | Scorecard
Henry, who has given away just 31 runs in nine overs, will bowl the 49th over.
He starts with a wide to Sundar, who opts to leave the short ball before getting a single off the next and Iyer picks one to thirdman.
Sundar pulls the short ball over midwicket for a four before he walks across a long way, goes quite low and scoops the full toss over short fine leg for a four, to slam his way to 26 from 13 balls.
The last ball is swatted over midwicket for a six to end the over in style as Henry gives away 17 runs in his final over.
Southee to bowl the final over. Iyer miscues the first ball but it falls safely to get him a couple of runs to bring up India's 300 but he pulls the next straight to Conway at deep midwicket.
Iyer walks back after a good innings of 80 from 76 balls, hitting four sixes and as many fours.
Shardul Thakur walks in at No 8 with four balls remaining. He walks across and tries to scoop but fails to get hold of it, to get a single.
Sundar makes room and plays a superb inside out lofted shot over the covers for a four as he continues to find the boundaries.
He pushes the fifth ball on the leg side for a single and Thakur swings hard but gets a thick outside edge to be caught behind.
India finish on a huge 306/7 from their 50 overs, scoring 58 from the last five overs.
It was Sundar, who provided the boost in the death overs, as he smashed his way to an unbeaten 37 from 16 balls, with three sixes as many fours.
« Back to LIVE