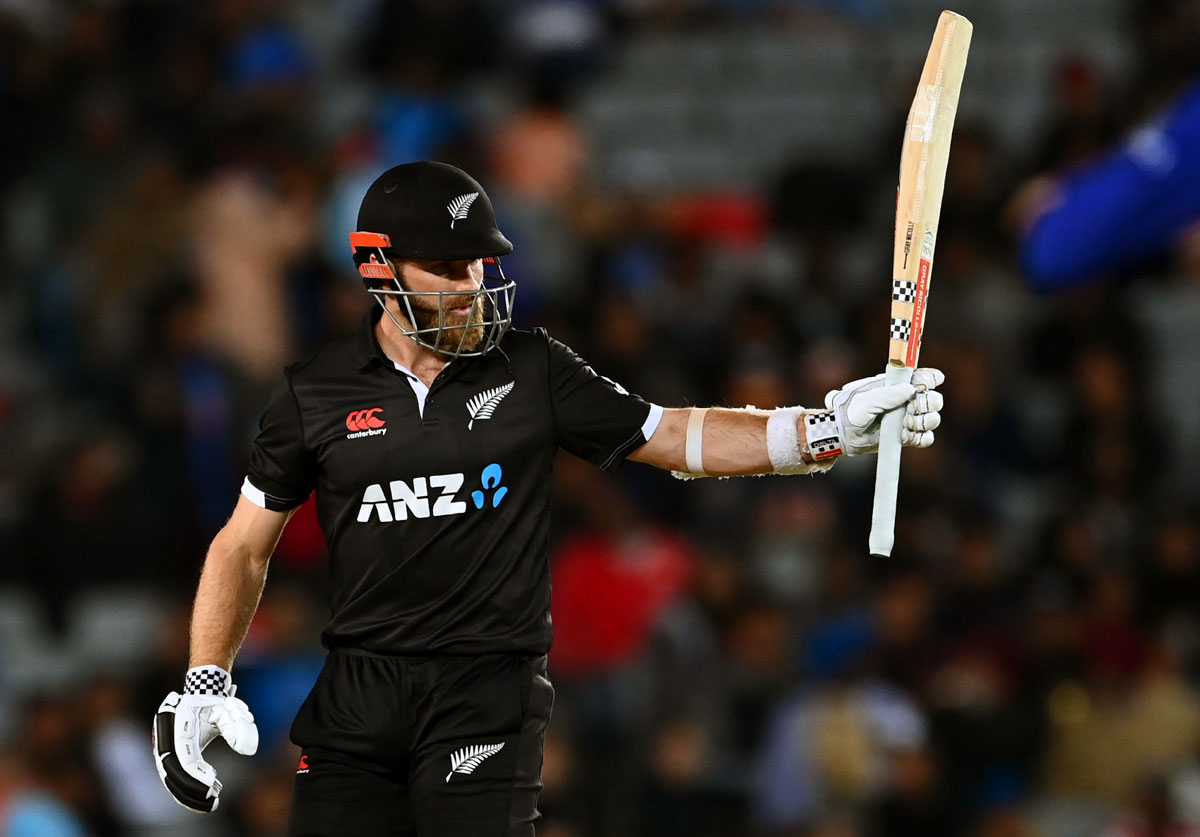 NZ 150-3 (30 ovs) vs India 306-7 | Scorecard
Arshdeep makes a good start to his new over with two dot balls in a row to Latham, when nudges the third to square leg for one.
Three more singles as Arshdeep gives away just four singles in his fifth over.
Chahal comes back for his second spell. Williamson picks a single from the second ball before Latham hits a cracking reverse sweep, beating the fielders inside the circle for a four.
Latham jumps down the track as Chahal adjusts his length, forcing the left-hander to defend using his pads and he tries another reverse but on the bounce to the keeper and the last ball hit to the fielder on the off-side.
Pacer Thakur is back into the attack. He starts with a half-tracker which Williamson pulls for a four to raise his fifty in some style, from 54 balls.
He picks one next ball before Latham slashes hard at a short wide delivery, getting a thick outside edge to thirdman for another boundary.
In the next over, Williamson drives Chahal through the covers for a single and Latham plays the sweep for another run.
A single to Williamson on the off-side before Latham plays the sweep once again for two runs as Siryakumar fails to gather the ball cleanly at deep square leg and reverses the next for one.
New Zealand are 150/3 in 30 overs, needing 157 from 20 overs for victory at under eight per over.
Williamson has made 54 from 58 balls, while Latham has made 35 from 40 balls, with the duo adding 62 runs so far for the fourth wicket.
New Zealand are slowly but steadily seizing the momentum with 35 coming from the last five overs.
« Back to LIVE