Australian cricket's enfant terrible Andrew Symonds is all set to mentor young players as his state side Queensland has decided to ignore his troubled past and include him as one of the four seniors in an Academy squad for a Twenty20 tournament. 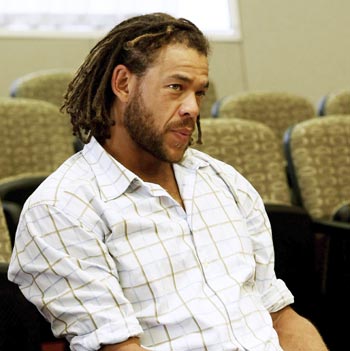 The 34-year-old Symonds, who has been stripped of his central contract for repeated alcohol-related indiscretions, would be guiding young players of the Queensland Academy of Sport in the state second XI Twenty20 tournament to be held in Melbourne later this month.

Only three players older than 23 are allowed to play in each team during the event, which is aimed at grooming young talent with the help of senior cricketers.

The troubled all-rounder's newest role is hardly an issue for Cricket Australia, which called it an internal matter of Queensland's cricket authorities.

"It is a Queensland issue," a Cricket Australia spokesman was quoted as saying by The Australia.

"Queensland knows how he's going now and will make a judgment on that. He is not a CA-contracted player. I can't imagine too many more experienced cricketers running around in Queensland than Andrew Symonds." Queensland Cricket said the state association plans to use Symonds' experience.

"He was great with the leadership group and on the field his experience and advice proved outstanding," a QC spokesman said.