Sachin@20: Hear it from the greats 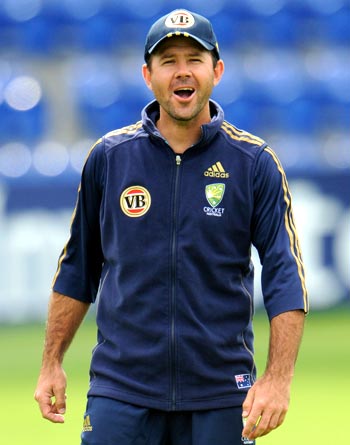 Ricky Ponting: The number of innings of his I have been able to sit back and watch, I think he is an amazing player.

Look at his stats and records and it's quite incredible for someone to have stayed in the game for 20 years. He has set benchmarks for guys like me to chase him and get as close as we can.

If I had to last 20 years, I would probably be batting in a wheelchair. 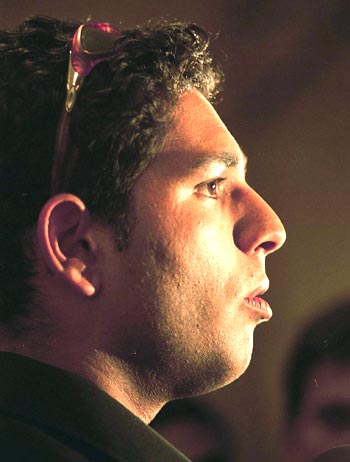 Yuvraj Singh: We call him grandfather. Someone who has played the game for so long and is a legend and still wants to improve; it is just amazing.

He still wants to bowl in the nets, he still wants to improve. He always says that whatever level you reach, getting better never stops. He has played for 20 years and that is just amazing, because I don't think anyone will play cricket for 20 years. It is going to be tough but hats off to Sachin.

'Tendulkar is the closest thing to batting perfection I've seen' 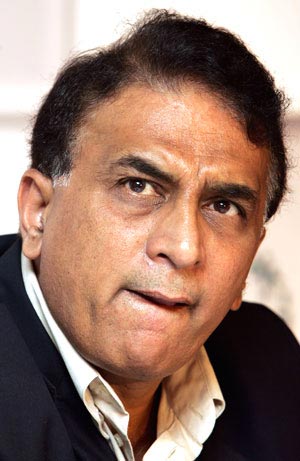 Sunil Gavaskar: For all Bradman's achievements, Tendulkar is the closest thing to batting perfection I've seen - in terms of technique and temperament.

If you have a look at some of the films of Bradman, you see his bat came from third man. Because Bradman was Bradman, he could see the ball incredibly early and score at a phenomenal rate. Tendulkar's bat comes down very straight, he is perfectly balanced off either foot, and there is not a shot he cannot play.

He is probably the most complete batsman the game has seen.

I would back him to become the first man to score a hundred international hundreds - that's 50 in Tests and 50 in One-dayers. Bowlers of the world beware.

'I will be going to bed having nightmares of Sachin' 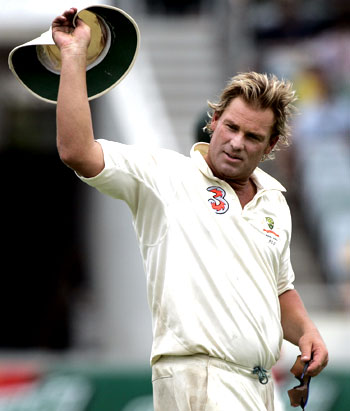 Shane Warne: I will be going to bed having nightmares of Sachin just running down the wicket and belting me back over the head for six. He was unstoppable. I don't think anyone, apart from Don Bradman, is in the same class as Sachin Tendulkar. He is just an amazing player.

When it comes to judging the best among this fabulous band of batsmen, my vote goes to Tendulkar.

He has an uncanny ability to come out on top under different circumstances and under different conditions, whether it is Test cricket or One-Day Internationals. And, more importantly, he has done this so young.

'He can play in any era or at any level' 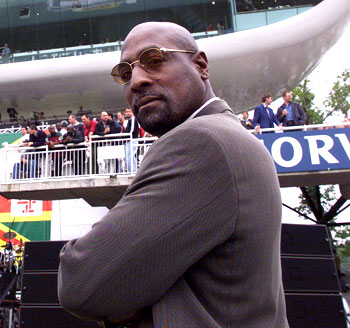 I think he is marvellous. I think he will fit in whatever category of cricket that has been played or will be played, from the first ball that has ever been bowled to the last ball that's going to be. He can play in any era and at any level.

'I have seen god, he bats at number four for India in Tests' 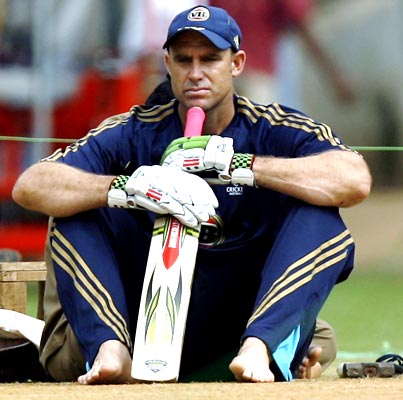 Mathew Hayden: I have seen god, he bats at number four for India in Tests.

His life seems to be stillness in a frantic world... [When he goes out to bat], it is beyond chaos - it is a frantic appeal by a nation to one man. The people see him as a god. 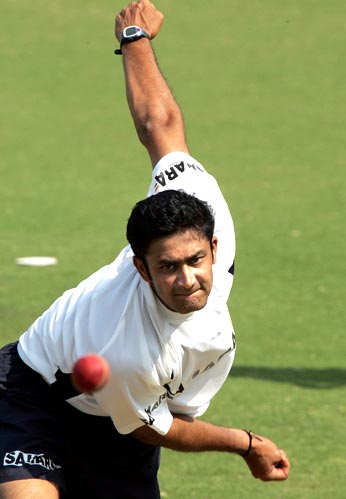 Anil Kumble: I am fortunate that I have to bowl at him only in the nets.

I am very privileged to have played with him and seen most of the runs that he has scored.

I am also extremely happy to have shared the same dressing room.

'This man is a legend' 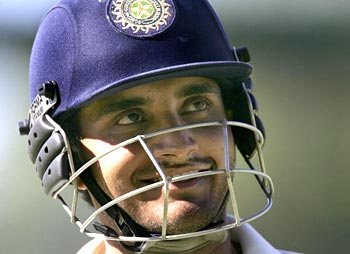 Sourav Ganguly: The thing I like most about Sachin is his intensity.

After being in the game for so long, he still has the same desire to do well for India in any international match.

I tell you what, this man is a legend.

'His balance of mind, modesty and technical brilliance make him my all-time hero' 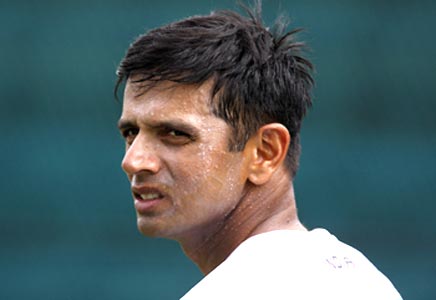 Rahul Dravid: Playing in the same team as Sachin is a huge honour. His balance of mind, shrewd judgment, and modesty and, above all, his technical brilliance make him my all-time hero.

You can't get a more complete cricketer than Sachin. He has everything that a cricketer needs to have. 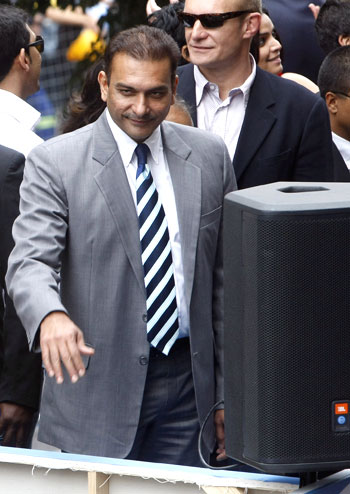 Ravi Shastri: He is someone sent from up there to play cricket and go back.

I can't think of anybody who has batted more authoritatively in One-Day cricket for India, or even in the world except for Vivian Richards. 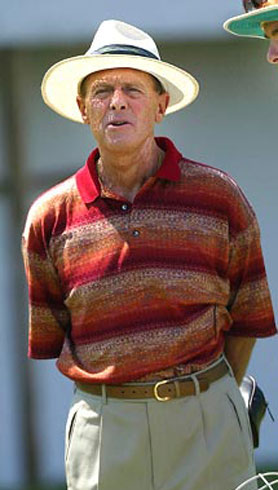 Geoffrey Boycott: Technically, you can't fault Sachin. Seam or spin, fast or slow -- nothing is a problem.

'He waves the bat around like it's a toothpick' 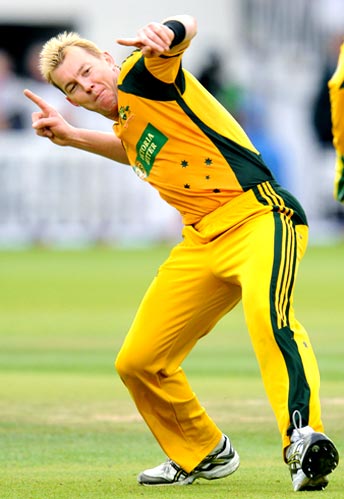 Brett Lee: You might pitch a ball on the off stump and think you have bowled a good ball and he walks across and hits it for two behind mid-wicket.

His bat looks so heavy but he just waves it around like it's a toothpick. 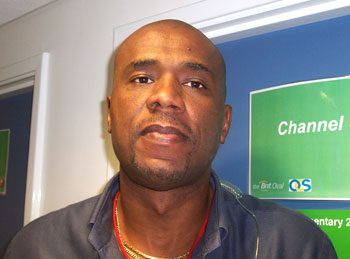 Now, obviously, he has lost a lot of his flair and a lot of things in his youth, when his body would allow him and his mind was fresh, his hand-eye co-ordination was at its peak.

He is much a different player now. As all great players, most great players have to adjust their game in their mid thirties; their reflexes would slow a bit, their instincts would be curbed. It is a natural tendency. So people are being very unfair when they criticise him for being a different player now. They should not do that because nobody can play the same at the start, in the middle and at the end of their career.

With advancing age he has become a more solid player.

'He was batting with single-minded devotion' 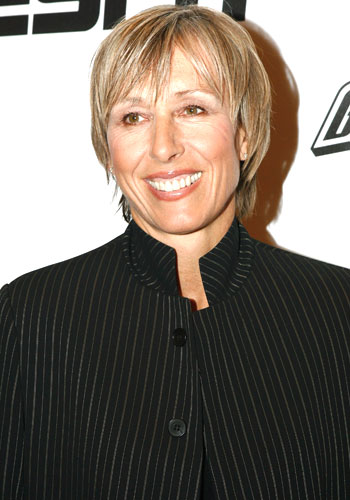 Martina Navratilova (after watching Tendulkar bat at Sydney on Feb 2, 2004): Sachin was so focused. He never looked like getting out. He was batting with single-minded devotion. It was truly remarkable. It was a lesson.

'He could also bat with a stump' 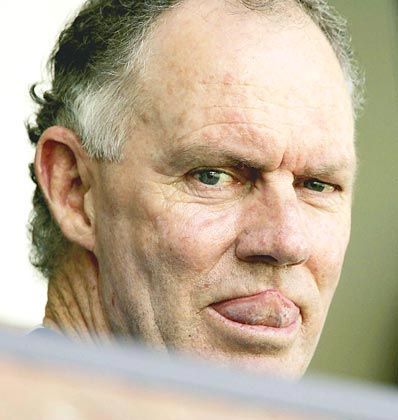 Greg Chappell: He is a perfectly balanced batsman and knows perfectly well when to attack and when to play defensive cricket. He has developed the ability to treat bowlers all over the world with contempt and can destroy any attack with utmost ease.

I would like to see him go out and bat one day with a stump. I tell you he would do okay.

'Tendulkar is the most complete batsman I have stood behind' 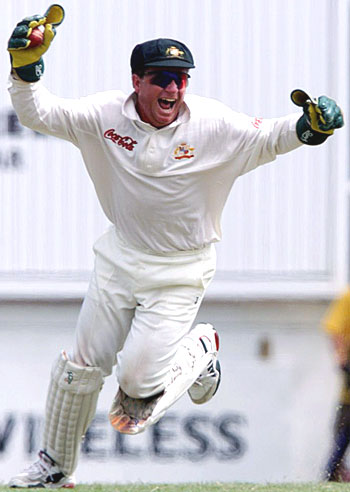 Ian Healy: Tendulkar is the most complete batsman I have stood behind.

I saw the hundred in Perth on a bouncy pitch with Hughes, McDermott and Whitney gunning for him -- he only had 60-odd when No 11 came in. I've seen him against Warne too.

'I place Tendulkar ahead of Lara and Waugh' 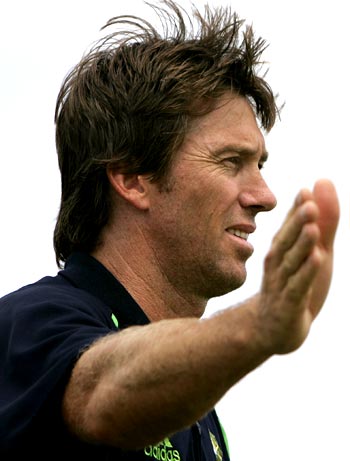 Glenn McGrath: I still think Tendulkar is the best batsman in the world ahead of Steve Waugh and Lara. 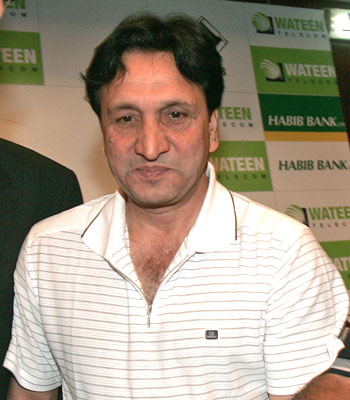 Abdul Qadir: I was fielding in the covers when Tendulkar came out to bat in his debut Test at Karachi.

I still remember Waqar Younis was at his peak form at that time. Tendulkar tried to drive Waqar through the covers off his very first ball in Test cricket and was beaten all ends up. But I walked to captain Imran Khan and told him 'this kid looks very good' and Imran agreed with me.

'Tendulkar remains the best batsman I have ever bowled to' Allan Donald: In my several years of international cricket, Tendulkar remains the best batsman I have ever bowled to.

It's been a pleasure to bowl at the master batsman even though one hasn't always emerged with credit from the engagements. 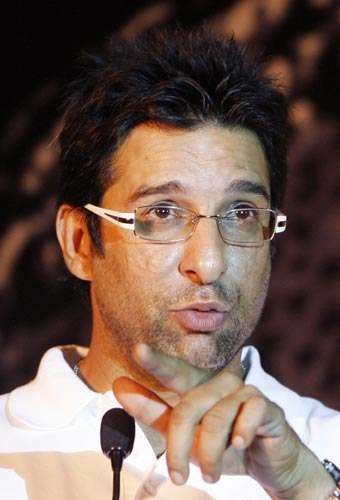 Wasim Akram: Cricketers like Sachin come once in a lifetime and I am privileged he played in my time. 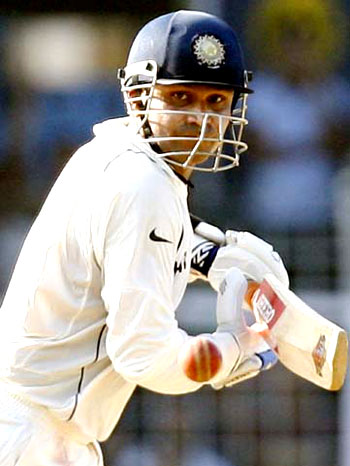 If I die tomorrow I'll be the happiest man because I played this game because of Tendulkar, and Tendulkar himself saying that I resemble him - there is no bigger compliment than that.

'If cricket is a religion, Sachin is god' 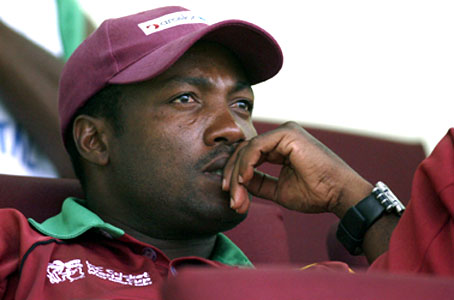 Brian Lara: If cricket is a religion, then Sachin is the only god.

'Sachin is perhaps only next to the Don' 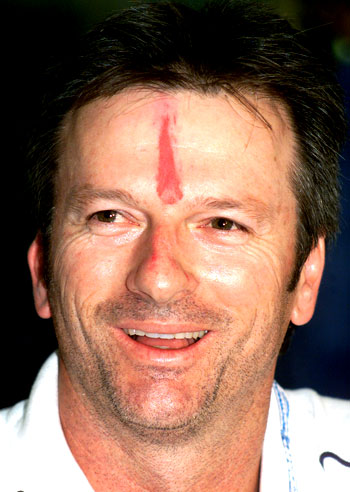 Steve Waugh: There is no shame being beaten by such a great player; Sachin is perhaps only next to the Don.

You take Don Bradman away and he is next up, I reckon. 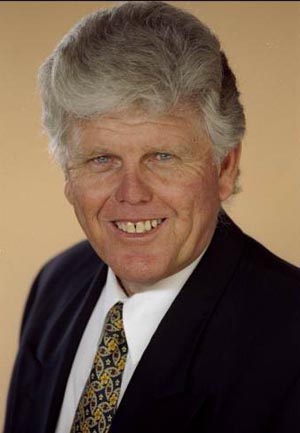 'If I have to bowl to Sachin, I'll bowl with my helmet on' 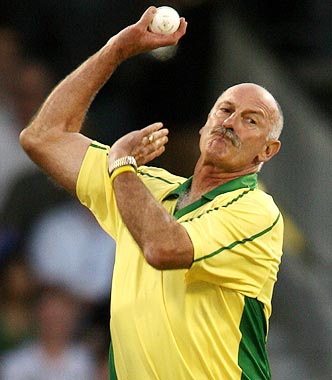 Dennis Lillee: If I have to bowl to Sachin, I'll bowl with my helmet on. He hits the ball so hard.

'The more I see him, the more I want to see him' 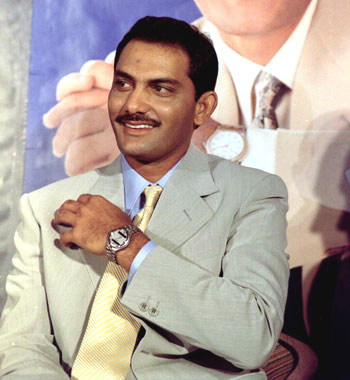 Mohammad Azharuddin: The more I see him, the more I want to see him. 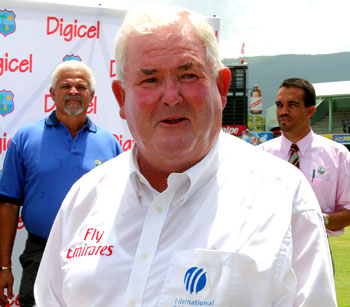 'I enjoy bowling to him, he brings the best out of you' 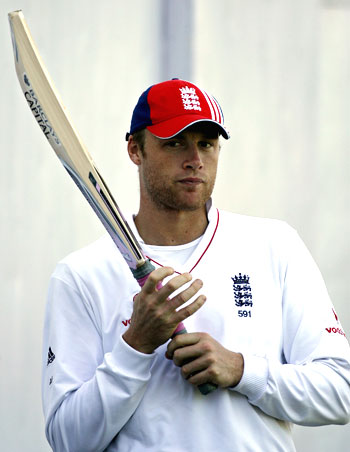 Andrew Flintoff: His innings [a match-winning century in the Chennai Test against England last year] was a scriptwriter's dream.

The lad from Mumbai, with everything that has happened there [the terror attack], scores a hundred to win and then dedicates it to everyone in the country. Thinking about it, it was probably inevitable it happened. I enjoy bowling at him, as I did at the likes of Brian Lara. I think they bring the best out of you. Your margins for error are small; you have to bowl well to restrict them, never mind get them out."

'Tendulkar is a great ambassador for the sport' 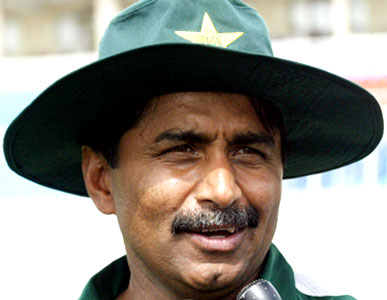 Javed Miandad: I think the way Tendulkar has handled his career and lasted for so long, keeping his passion for runs alive, is a lesson for budding young cricketers in Pakistan and India. Youngsters should adopt Tendulkar as their role model if they want to progress in the sport.

He made his Test debut against us in 1989 and even today one can see the same hunger and spark to score runs. More importantly, he has been a great ambassador for the sport with the way he has conducted himself.