How hectic is our cricketers' schedule? 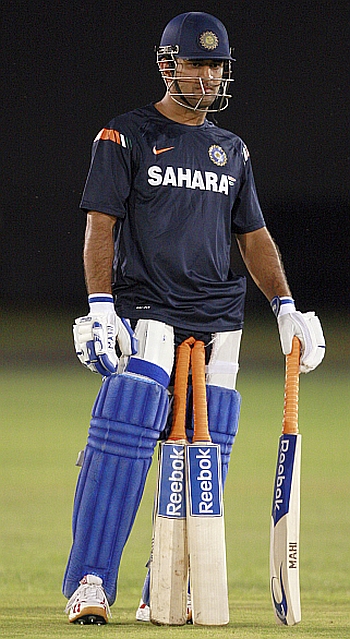 After the just-concluded three-Test series against Sri Lanka there were reports that the Indian players had sent an SOS to the Board of Control for Cricket in India requesting it to cut down on matches and do away with meaningless series.

The BCCI on Monday dismissed talk that the players are unhappy with the scheduling, saying no player had expressed unhappiness or complained about the schedule.

"There is no truth in it," BCCI Media and Finance Committee chairman Rajiv Shukla said.

He went on to add: "If any player is feeling tired or fatigued or if he feels that he would not be able perform due to some illness then he must inform the selector."

In 2010, India has already played seven Tests, 18 ODIs and seven T20s with the Indian Premier League sandwiched in between.

The Indian cricketers' schedule till February 2011, when the World Cup begins, looks quite packed.

The current ODI tri-series in Sri Lanka, which commenced on August 10 ends on August 25.

Some of the players will get some much-needed rest but many will not, with the Champions League coming up in South Africa.

Ten days after the Aussies leave, the Kiwis come for a three-Test and five-ODI series. The New Zealand tour concludes only on December 10.

Team India gets a six-day break before traveling to South Africa for three Tests, five ODIs and a Twenty-20 match.

By the time the 2011 World Cup gets underway, the team would have played 25 matches including eight Test matches between August and December.

Here's how much cricket Indian players have player thus far in 2010.

Note: All Tests have been considered of five days.

Cricketers not being forced to play: BCCI

Can Team India redeem itself against Sri Lanka?