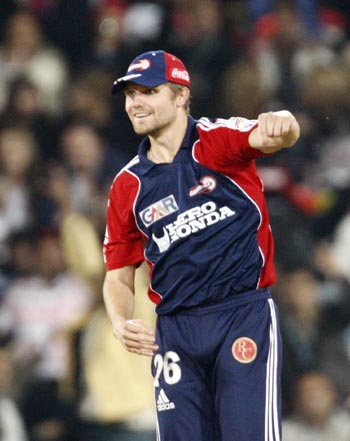 Just a month away from the Bushrangers possibly playing in a second successive Sheffield Shield final, the 33-year-old Nannes announced on Thursday that he would be joining batsman Brad Hodge in calling it quits from the longer form of the game.

Nannes is in the Australian Twenty20 squad for Saturday's clash against the West Indies in Hobart and if Victoria does make the Shield final, Nannes will be in India playing the opening matches of the lucrative Indian Premier League for the Delhi Daredevils.

Nannes has played only one first class match this season due to injury, a factor he said has made his decision obvious.

"Having been able to play just one game in the longer format this season due to injury, this decision will allow me to concentrate on 50 over and Twenty20 cricket and extend my career with Victoria and Australia,'''' he said.

"Hopefully I can continue to make a strong contribution in the shorter forms of the game for a number of seasons to come," he said.

The express left-arm paceman made a belated first class debut less than four years ago and has since become one of the leading - and much sought after - Twenty20 new-ball bowlers in the world.