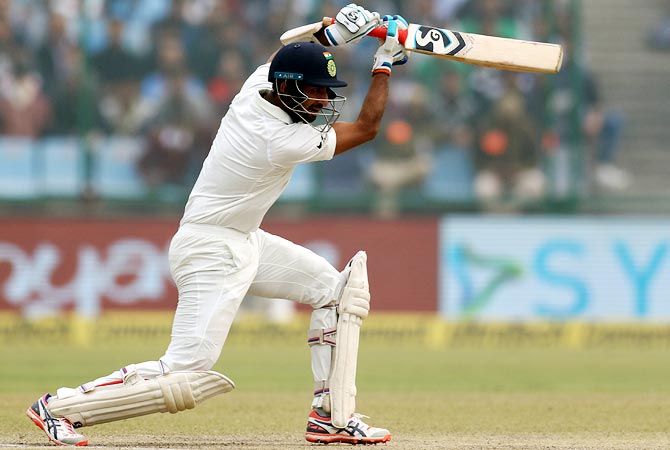 Off-spinner Perera to start off after the lunch break. Pujara turns the second ball on the leg side for one and Dhawan steers the fourth ball past point for two runs and keeps strike with one from the last ball.

Fast bowler Gamage from the other end. He starts with a short ball with Dhawan pull to square leg for one and Pujara hits the next to the covers but Dimuth Karunaratne dives over it to give away a four.

Two singles from Perera's seventh over as India reach 62 for two in 20 overs.

Gamage bowls a tight over to Pujara, who defends, as he concedes just one run courtesy of a no-ball.

In the next over, Pujara uses his feet and punches a full delivery from Perera down the ground past mid-off for a four. He turns the next ball on the leg side for two runs and glances the last ball fine for two more runs to get nine from the over.

Pujara has been positive, scoring 31 from 35 balls, while Dhawan has been much more sedate, with 21 from 49 balls.