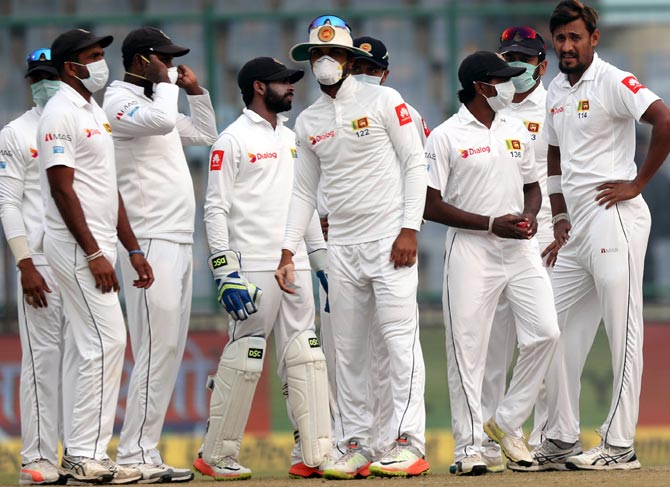 Lakmal looks to have claimed another wicket as Rahane is hit on the pads by a full incoming delivery and the umpire raises his finger.

Rahane consults his partner Shikhar Dhawan before he decides to take the DRS. And it turns out to be a good review as the ball was coming in a long way and missing the leg stump as Rahane survives.

This could be the turning point for Rahane, who desperately needs some runs after a poor showing in the series so far.

Rahane plays another loose shot off the final delivery of the over as he goes after a wide one but is beaten.

Lakmal is again struggling and is throwing up on the field. The physio comes out to attend the Sri Lankan fast bowler, who also struggled in the first innings.

He is forced to go off the field as substitute Dasun Shanaka comes on to replace him wearing a mask.