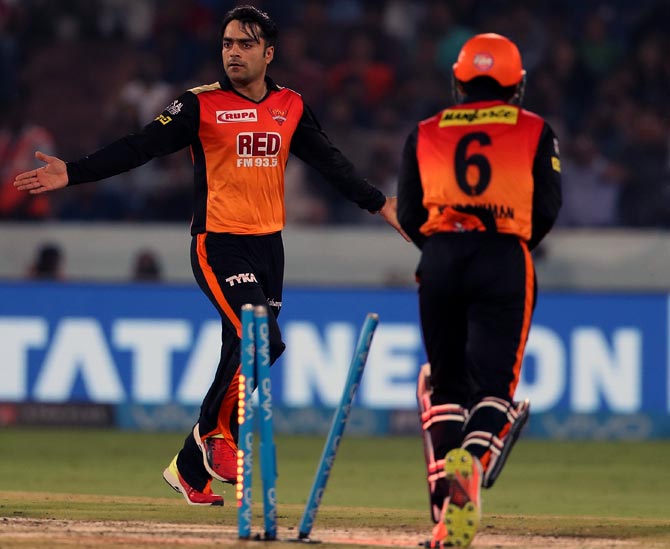 Sandeep to bowl the penultimate over. He starts with a yorker which Surya digs on the bounce over the wicketkeeper for a single.

He follows it up with two dot balls in a row to Surya who is deceived by the change of pace.

Another slower ball and this time Surya chips it straight to Deepak Hooda at long-on to perish for 28.

Sandeep strikes again with his next ball. Pradeep Sangwan looks to swipe it against the line but misses and hit on the back pads but surprisingly the umpire rules it not out.

Sunrisers immediately take the DRS and replays confirm that the ball was hitting middle of the middle stump and umpire CK Nandan is forced to change his decision.

Jasprit Bumrah avoids the hat-trick as he taps the last ball on the leg side for one.

Just three runs and two wickets in the over as Sandeep finishes with wonderful figures of two for 25 in four overs.

Kaul keeps it simple at the end, not trying anything fancy as he concedes five singles from the first five balls. Bumrah gets the much-needed boundary as he shuffles across and nudges the last ball past short fine leg for a four.

Mumbai finish on a disappointing 147 for eight in their 20 overs,.