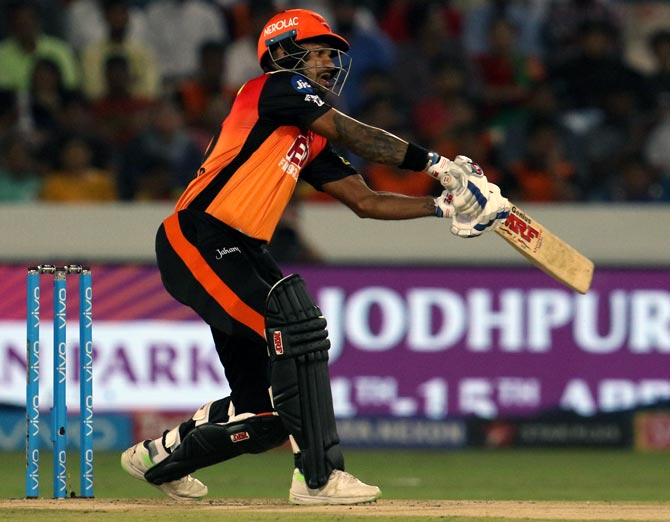 Shikhar Dhawan and Wriddhiman Saha are the two openers for Sunrisers, while left-arm pacer Pradeep Sangwan will bowl the first over for Mumbai.

Saha gets off the mark from the first ball with a single before Dhawan slashes the next ball through the off-side for a four to get off the mark in confident fashion.

Dhawan picks a single before Saha nearly drags one back on to his stumps and he gets one from the last ball.

Jasprit Bumrah to bowl the second over. Three singles from the first four balls before Dhawan flicks it through square leg for a four and keeps strike with one from the last ball.

In the next over, Dhawan clips a full delivery from Sangwan over the midwicket region for a four.

Two balls later, Saha looks to loft it down the ground and fails to make proper connection but Ben Cutting puts down the catch running back from mid-on and also ends up giving away a four.

Two balls later, Saha top edges the pull shot which goes over the wicketkeeper for another four as Sunrisers race to 28 for no loss in three overs.