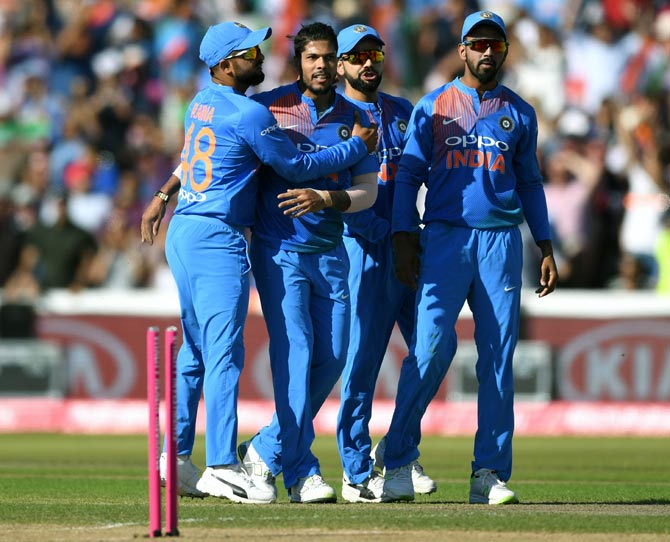 Welcome to the coverage of the second T20 International between England and India in Cardiff, on Friday.
After a convincing victory in the opening game, a confident India will try to ensure that a spin-wary England remains on the back-foot when the two sides clash in the second game.

India stand on the cusp of a sixth successive T20I series' win -- a run stretching back to their 2-1 win over New Zealand at home in November 2017. In all, they have been unbeaten in bilateral T20I series since September last year.

In terms of ICC Rankings, a 2-0 series' lead will allow India to close the gap with second-placed Australia, while a 3-0 whitewash will help them overleap to second behind top-ranked Pakistan.

The big question facing England is how to contend with the unorthodox wrist spin of Kuldeep Yadav.

In the aftermath of their loss on Tuesday, both skipper Eoin Morgan and ace batsman Jos Buttler have urged their teammates to show more patience at the crease and watch the ball carefully.

India are unlikely to make a change and disturb their winning combination and the pacers will have to learn from the experience of bowling on such batsmen-friendly pitches.