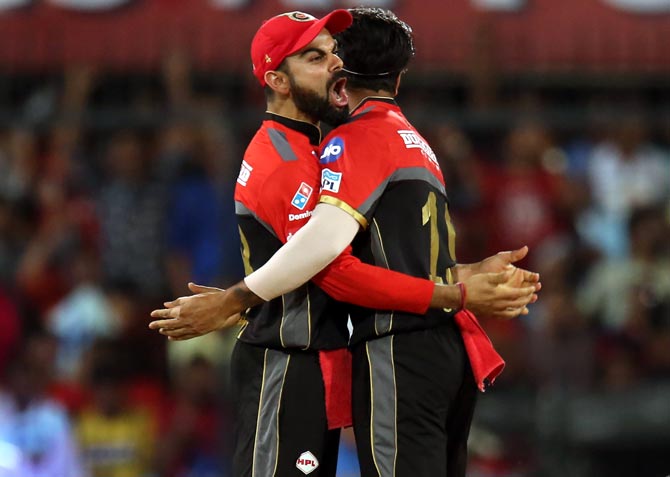 Punjab 47-3 (6 ovs) vs RCB | Scorecard
Mohammed Siraj is called into the attack after taking a good catch to dismiss Gayle in the previous over.
And he strikes in his very first over with the wicket of Karun Nair, who is brilliantly caught by Virat Kohli in the slips to be dismissed for one.
It was a short ball and was moving as Nair tried to run it down to thirdman but only managed to steer it to Kohli in the slips, who did well to hold on to a sharp low catch to his left.
Three wickets in the space of five balls as Punjab slip to 41 for three, in the sixth over.
Marcus Stoinis gets off the mark with a single before Aaron Finch crashes the fifth ball through the covers for a four and keeps strike with one from the last ball.
« Back to LIVE