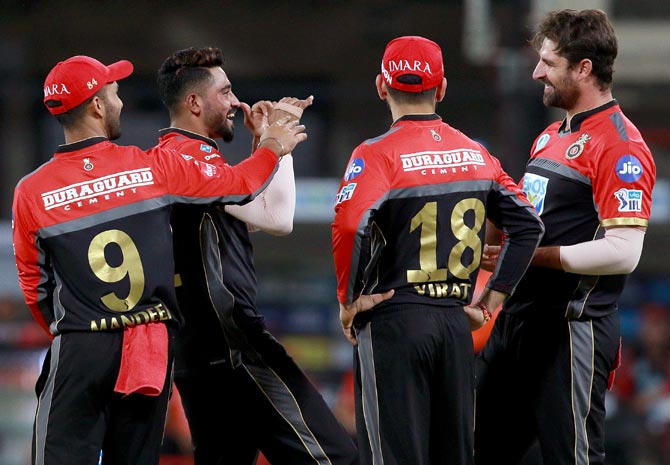 Punjab 84-9 (14 ovs) vs RCB | Scorecard
Axar Patel and Mohit Sharma looking to play watchfully and score as many as possible in the remaining overs.
But the wickets still continue to tumble for Punjab.
Mohit is run out as he looks to take a quick single to mid-on as Punjab lose their ninth wicket. He had flicked the last ball to midwicket and made the late decision to take the single but AB de Villiers fires in a quick throw to the bowler Moeen, who does well to flick off the stumps in a flash.
« Back to LIVE