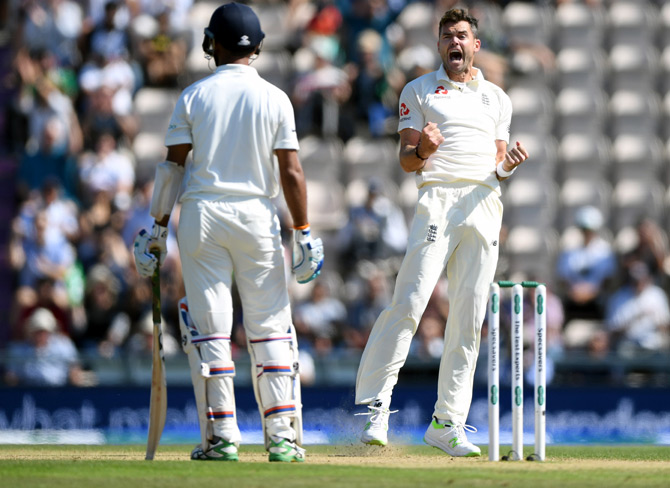 India 23-3 (9 ovs); Target to win: 245 | Scorecard
England nearly strike again as Dhawan is beaten by the outswinger from Broad as he pokes away from his body. There is a slight noise as the slip cordon is interested but nothing from the bowler.
Dhawan getting the runs as he clips Anderson through midwicket for his third four.
But Anderson gets revenge two balls later with the wicket of Dhawan, who is caught by Stokes for 17. He chased a wide delivery only to get an edge and Stokes took a good diving catch diving to his left.
India in trouble on 22 for three, as Kohli is joined by his deputy Rahane out in the middle with the duo facing an uphill task.
« Back to LIVE