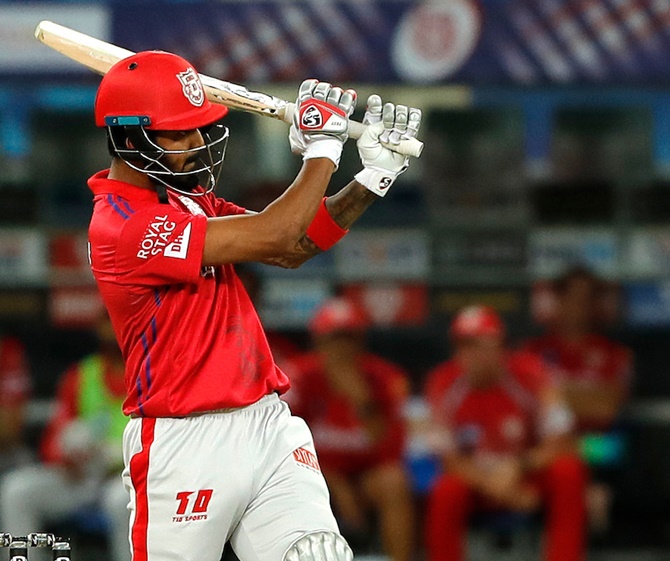 Mumbai 176-6 (20 ovs) vs Kings XI 140-4 (16 ovs)
Krunal Pandya is back, Rahul sends the ball to deep midwicket for two quick singles. Dot ball. Another dot ball. He misses out. He doesn't this time. Hammers the full toss to the ropes for four runs. Two more singles from the over.
After 15 overs Kings XI are 125-4.
Bumrah is back, Kings need 52 runs off last five overs. Hooda takes two quick singles. He then back it with a single. Oh no Ishan Kishan has pulled his hamstring. He is limping out of the field. Wide called. Rahul pushes the ball to cover, no runs. Beautiful use of his wrists and four runs. Chahar has no chance to save it. Another wide from Bumrah but Rahul puts his bat to it and runs for a single. He wants two, but Hooda sends him back. Bouncer and Hooda sends the ball for six runs! Kings XI gets 15 from Bumrah over.
After 16 overs Kings XI are 140-4. They need 37 from 24 balls. KL Rahul is on 66 (45).
« Back to LIVE

S&P Global Ratings on Monday expressed scepticism over allowing corporate ownership in banks given India's weak corporate governance amid large corporate defaults over the past few years. It also said that the Reserve Bank of India...