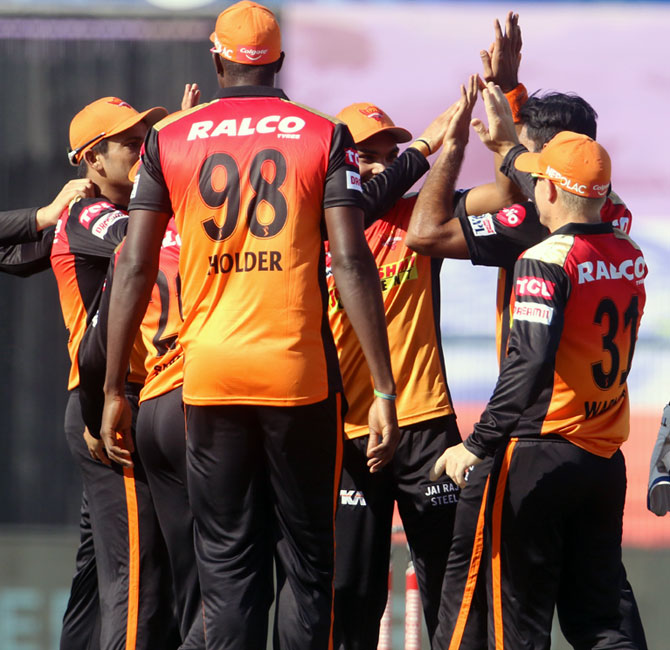 KKR 96-3 (14 ovs) vs SRH
Shankar bowling his fourth over in succession. He strikes with the first delivery of his final over as Rana swipes it on the leg side but ends up miscuing it high and Garg takes another good running catch at midwicket.
Two set batsmen perish in successive overs to leave KKR in a spot of bother, on 88-3 in the 13th over.

Russell defends the length ball from Shankar before he is beaten by the wide yorker but he smashes the fifth ball powerfully over the covers for a four to get off the mark.

A single off the last ball as Shankar finishes with good figures of 1-20 in four overs.

Rashid will also bowl out early as Sunrisers prefer to use him against Russell.

The West Indian has a big swing but gets the inside edge before he attempts another big shot as he gets another inside edge for a single.

Captain Eoin Morgan picks a quick single to point before Russell has another big swipe for another inside edge to get a single and Morgan defends the last two balls, as the spinner gives away just three runs in his final over.