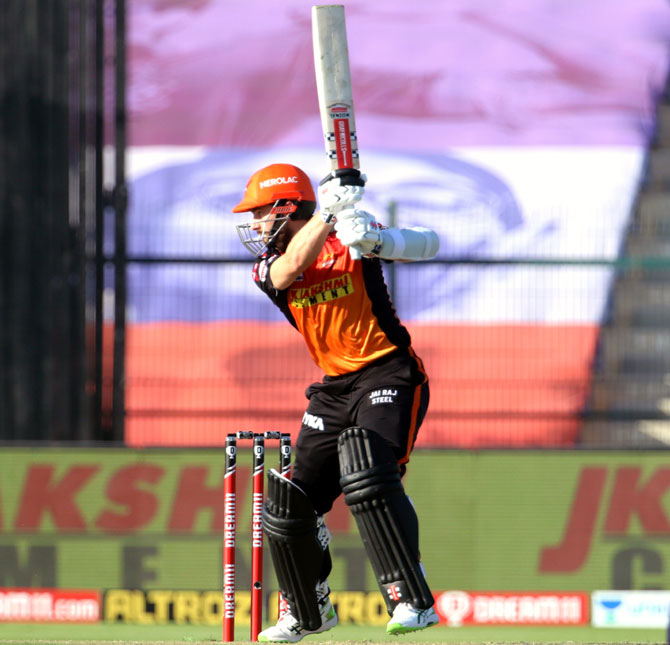 Sunrisers 35-0 (4 ovs) vs KKR 163-5
Spin introduced early as Varun Chakravarthy come sinto the attack.
Bairstow takes a huge stride across before he sweeps it past short fine leg for a four. He repeats the shot next ball but this time he sweeps it powerfully through square leg for another boundary.

The right-hander then comes down the track and clips Chakravarthy on the leg side for a single.

Williamson miscues the heave on the leg side as it falls safely over midwicket for a single and he seems to be troubled with some injury and is hobbing across for singles as Chakravarthy goes for 10 in his first over.

Andre Russell comes into the attack, to bowl the fourth over.

Williamson continues to bat positively as he hits the first ball from Russell through the covers for a four and then picks a single through square leg off the third ball.

Russell goes short but Bairstow pulls it to the fielder at fine leg before he clips the next behind square leg for a four.

The last ball is short as Russell hammers it over square leg for another boundary, as Russell goes for 13 in his first over, with Sunrisers racing to 35 for no loss in four overs.
« Back to LIVE