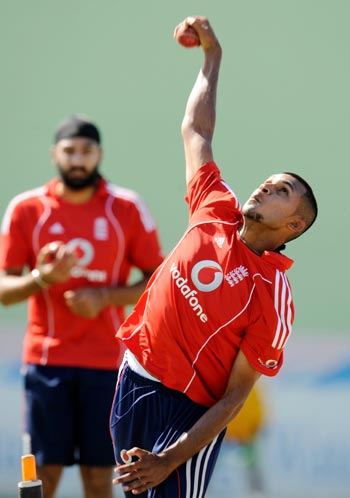 Rashid said: "I've been to see Terry twice in Australia and he has been a big influence on my development. I spoke to him two weeks ago. He was in England coaching at Yorkshire and I had a chat about my performances and where I am at the moment."

And Rashid said: "It's a friendship. I have worked with him since I was 15. I grew up with him and from talking with him I learn about myself and the game. I talk to him about my development and my game.

"To bowl leg-spin you have to learn the basics. Alignment and head position are the key for bowling consistently and getting a shape and spin," Rashid said.

Rashid has also picked the brain of Warne - the greatest leg-spin bowler in the history of the game.

"As I was growing up I watched Shane Warne bowling on TV and he was my role model."

Australia all-rounder James Hopes admitted the tourists were worried about the rookie leg-spinner.