The World Anti-Doping Agency has asked the Indian government whether it supports the stand taken by the Board of Control for Cricket in India on its contentious 'whereabout' clause.

WADA president John Fahey said he was still hopeful of the international cricket community, including the Indians, to come to the fold and join the global drive against doping. 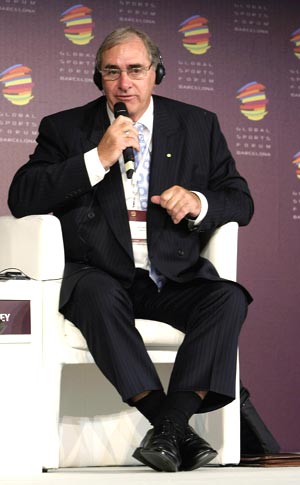 "The ICC are WADA code compliant and India is a member of the ICC. We have taken the matter up with Indian authorities and made a request if the Indian government supports the stand taken by the Board of Control for Cricket in India," Fahey said.

"Our whole purpose and mandate is to ensure that there's harmonisation of the rules around the world including the cricket community which involves India," he added.

The ICC had said that it would ask WADA to consider a cricket-specific code for the "whereabouts" rule after the BCCI backed its players who refused to sign the clause saying it was a breach of privacy and posed security threats.

"I think there has been and still is confusion that have not been properly informed by their anti-doping organization or they do not fully understand the system," said Fahey.

"Even if they have not been selected to be part of a registered testing pool, athletes can still be tested anywhere and anytime," Fahey added.

Fahey, however, noted that WADA would review the out-of-competition rule at the end of the year and make any necessary changes if needed.

"We'll review it, and in practical terms, if there's anything that needs to be done then we're happy to be practical," said the Australian, who will chair a WADA executive committee meeting on Saturday.

The BCCI also received support from other cricket boards and ICC set up a five-member panel to look into the matter.

Source: PTI© Copyright 2021 PTI. All rights reserved. Republication or redistribution of PTI content, including by framing or similar means, is expressly prohibited without the prior written consent.
Related News: WADA, ICC, Board of Control for Cricket in India, John Fahey, BCCI
COMMENT
Print this article