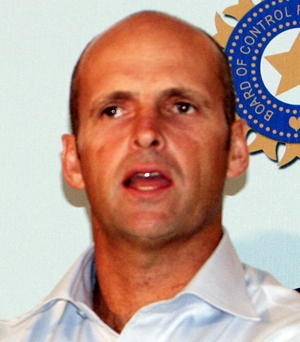 "The Board has reappointed Ian Bishop and Mark Taylor to the ICC Cricket Committee as media representatives and also ratified the reappointment of Kumar Sangakkara and Tim May as current player representatives and India's Gary Kirsten as the representative of national coaches following the recent resignation of Mickey Arthur," read a statement from the ICC, at the end of the final day of its two-day Board meeting in Dubai on Thursday.

The ICC Board decided to continue work on the Decision Review System and build on the encouraging results from the first 13 matches.

"ICC received a report from David Richardson, ICC General Manager - Cricket, on umpire decision review system in which he stated the system had led to a significant increase in the number of correct decisions. In 13 Tests the percentage of correct decisions has risen from 91.3 to 97.44 per cent.

"The Board supported to continue to build on the encouraging results from the first 13 matches and will discuss further technological improvements with broadcasters in March to improve and refine DRS further," the statement added.

It also accepted ICC Anti-Corruption and Security Unit's recommendation on the requirement of a designated full-time security manager by all the full members.

"Chairman of ICC Anti-Corruption and Security Unit Lord Condon presented seven recommendations of ICC Security Task Force set-up after the Lahore attack. These recommendations, including the requirement of every Full Member to appoint a designated full-time security manager and the establishment of minimum standards and best practice guidelines for safety and security, were unanimously accepted by Board," the statement said.

"It was welcomed that all Full Members had already either appointed or were in process of appointing full-time security manager and that all other recommendations were either already in place or in the process of being implemented. The ICC Board also received reports from Pakistan Task Force and thanked other Full Members who had agreed to host matches for Pakistan."

On the question of re-location of ICC Headquarters to Lord's, the ICC said, "The Board considered the option of re-locating to Lord's but felt it important to continue its comprehensive and ongoing due diligence before reaching any decisions."

The Board approved a three-step process on Ireland's expression of intent to apply for Full Membership of the ICC.

"Following Cricket Ireland's expression of intent to apply for Full or Enhanced Membership of ICC, Board approved a three-step process recommended by Governance Review Committee which begins with a review of categories of Membership."

It also approved the ANZ Stadium in Sydney as an international venue.