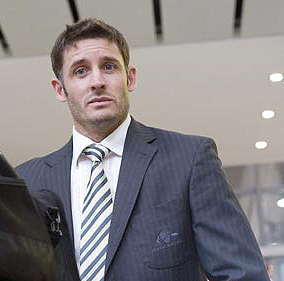 Australian middle-order batsman Mike Hussey has said that Pakistan's batting depth faces a stern test against his country's bowlers in the absence of tried performers like Mohammad Yousuf and Younus Khan.

According to Hussey, the absence of these two classy batsmen has left a major hole in Pakistan's middle order.

"I think their depth is going to be tested. You take out Younus Khan and Mohammad Yousuf, you are losing two outstanding, classy players and that is going to be a big loss. Particularly in terms of the Test match arena," the Sydney Morning Herald quoted Hussey, as saying.

"It is going to be hard to find those runs, those guys consistently score in Test match cricket," he added.

The West Australian, however, said that he expected Pakistani quicks Mohammad Aamer, Mohammad Asif and Umar Gul and spinner Danish Kaneria to keep Australia on their toes during the first Test to be held in north London this week.

"I think their bowling attack looks outstanding. They are very well balanced and they cover all bases very well. I think run-making for us is going to be tough," he said.