England look to Rashid for leg spin and runs 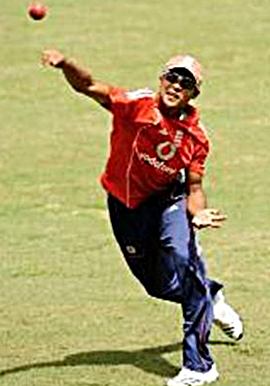 Adil Rashid bowls leg-spin for a county with an ingrained suspicion of the unorthodox in a country where conditions seldom encourage wrist-spinners.

A generation ago these factors alone would have ensured the 21-year-old Yorkshireman played in undeserved obscurity before a scattering of spectators in one of England's Asian leagues.

For a start, Yorkshire have traditionally distrusted any hint of the exotic, particularly bowlers who deliver out of the back of the hand.

More controversially they neglected for too long the wealth of talent available among the ethnic minorities. Rashid was only the third British-born Asian cricketer to force his way into the Yorkshire team when he made his debut three years ago.

For their part, England have sought in vain for a match-winning wrist-spinner for more than half a century with Ian Salisbury the only player to get anything like an extended run in the past 20 years. Salisbury's figures of 20 wickets from 15 tests at 76.95 each speak for themselves.

Hence the excitement over Rashid, who has been carefully nurtured by both county and country.

He was sent to the Caribbean with the England team this year to gain experience and showed maturity and composure during England's brief Twenty20 World Cup campaign.

Rashid then played his first 50-overs international against Ireland after the successful Ashes series before making his debut against Australia at the Oval last Friday.

Showing no trace of nerves, Rashid delivered his 10 overs in succession and conceded only 37 runs. Australia captain Michael Clarke, as good a player of spin bowling as anyone in the world, was generous in his praise afterwards.

"I thought he bowled really well, I thought the conditions helped him," said Clarke. "The wicket was a little bit slow but I think he's a wonderful player, he's got a lot of talent, and once again tonight he showed he can bat as well.

"I think he's got a bright future, I couldn't seem to hit him for any runs tonight.

"I probably didn't play as well as I would have liked, especially for a player like me who likes to move his feet, there are chances of getting stumped."

Unsurprisingly Rashid cites Australian maestro Shane Warne as one of his inspirations.

"We played Hampshire two years ago and I went to the dressing room and had a little chat with him about my bowling and general cricket talk," he told reporters at Lord's the day after the Oval match.

"We were talking about how to set batsmen up, the different types of delivery and field placing."

"I've been to see him twice in Australia to work on my bowling and he has been a big influence on my development," said Rashid. "I spoke to him two weeks ago, he was in England coaching at the time in Yorkshire, just to have a general chat about my performances and where I am at the moment.

"It is a friendship. I grew up with him and talking with him I learn about myself and the game. I talk to him about my development. To bowl leg spin you have got to learn the basics. Alignment and head position is the key for bowling in a consistent area and getting a shape and spin."

Rashid contributed 31 not out at the Oval, which almost snatched an undeserved win for England, following two centuries for Yorkshire. He averages a fraction under 37 in first-class cricket, prompting speculation that he is the long-term successor to Andrew Flintoff as England's test all-rounder.

"I have always enjoyed my batting but my main priority when I came through was my bowling," he said.

"As time has gone on my batting has improved and I became part of the Yorkshire team as an all-rounder. I have still got a long way to go and I've got to improve a hell of a lot."

The future looks bright for Rashid who is set to take over from Monty Panesar as England's second spinner in South Africa this year.

"It was nice to perform with bat and ball but I have still got a long way to go," he said. "It has increased my confidence bowling to the Australians who are a great team. The more you play the more confidence you get."

© Copyright 2022 Reuters Limited. All rights reserved. Republication or redistribution of Reuters content, including by framing or similar means, is expressly prohibited without the prior written consent of Reuters. Reuters shall not be liable for any errors or delays in the content, or for any actions taken in reliance thereon.
Related News: Adil Rashid, England, Yorkshire, Michael Clarke, Ian Salisbury
COMMENT
Print this article